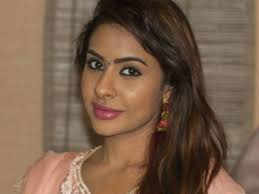 Hyderabad: An aspiring actress resorted to a strip protest on Saturday at the office of Telugu Film Chamber of Commerce here after alleging that some filmmakers had sexually exploited her.
Sri Reddy, who has been speaking about the casting couch in Tollywood, caused a stir by sitting semi-naked on the road in front of the office in Filmnagar. She said her protest was also against the Movie Artists Association (MAA) for denying her membership despite having acted in three films.
Sri Reddy Seeks KCR Help To Resolve Casting Couch Crisis
The actress started her protest by stripping in in front of cameramen of television channels. She was escorted away from the area by police personnel after refusing to call off the protest. A police officer told reporters that she could register a complaint but a naked protest was not allowed.
Sri Reddy alleged that many producers and directors demanded her nude photos and videos for a film role. She said they did not give her roles even after she obliged with the requests. She demanded that Telugu girls should be given roles in Tollywood films and claimed that filmmakers were sexually exploiting other actresses too.
For last few days, she had been posting on social media that casting couch was rampant in Tollywood and threatened to name and shame those who were sexually exploiting aspiring actors
2018-04-07
admin
Previous Pervert Posts Wife’s Obscene Pictures Online For Resisting Conversion
Next At least 3 dead after vehicle ploughs into crowd in Germany, driver kills self