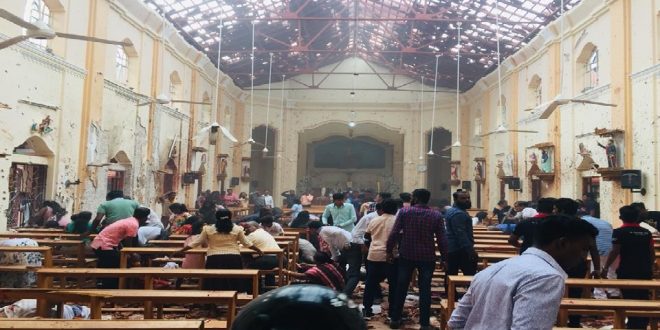 COLOMBO/ RIYADH: (05 July, 2019): Sri Lanka is moving to curtail Saudi Arabian influence, after some politicians and Buddhist monks blamed the spread of the kingdom’s ultra-conservative Wahhabi school for planting the seeds of militancy that culminated in deadly Easter bomb attacks. 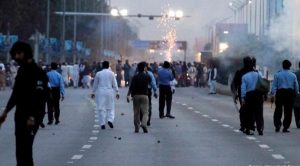 On April 21, nine Sri Lankans blew themselves up in churches and luxury hotels, killing more than 250 people and shocking the country a decade after its civil war ended.

Sri Lanka has since arrested a Wahhabi scholar and is poised to take over a Saudi-funded school. The government also says it will monitor previously unchecked money flows from donors including prominent Saudi families to mosques on the Indian Ocean island.

“Nobody will be able to just make donations now,” said Muslim cabinet minister Kabir Hashim, who has urged Muslim communities to look at how radical ideas could have spread. He said the Department of Muslim Religious and Cultural Affairs would oversee donations. 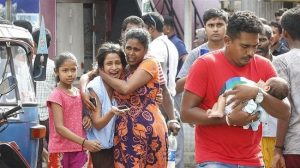 The outcry in Sri Lanka is the latest sign that Wahhabism, which critics deem a root cause of the Takfiri threat, is under pressure internationally.

Takfiri organizations, including Daesh – which claimed responsibility for the Easter bombings – follow an extreme interpretation of Salafi branch, of which Wahhabism was the original strain.

Saudi Arabia rejects the idea that Wahhabism is problematic and defends its record by pointing to the detention of thousands of suspected militants. Riyadh in June sent back five Sri Lankans allegedly linked to the Easter attacks.

Saudi diplomats in Colombo have expressed “displeasure” over being targeted during a recent meeting with President Maithripala Sirisena, a Sri Lankan official said.

Sirisena’s office, as well as Saudi Arabia’s Colombo embassy and the kingdom’s communications office in Riyadh, did not respond to requests for comment on the backlash against Saudi
influence. 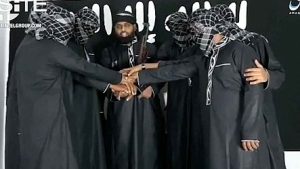 That backlash has focused on one man in particular – Muhammad Hizbullah, a businessman and politician who was the governor of Sri Lanka’s Eastern Province until he resigned in June following protests by hardline Buddhist monks.

The monks, who are influential on the island where 70 percent of the population are Buddhists, and some members of parliament say Hizbullah’s links to Riyadh contributed to the spread of militancy in his native Kattankudy, a Muslim-majority town.

Hizbullah’s family helped build Saudi-financed mosques and a Saudi-funded higher education institute, Batticaloa Campus, which has not opened yet, in the Eastern Province. 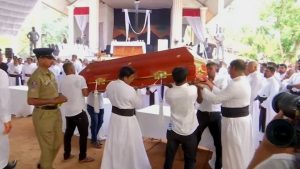 The mosque and school projects were led by the Hira Foundation, a non-profit owned by Hizbullah and his son Hiras.

Its financial statements show income of some $31,000 between 2014 and 2018, though Hizbullah told parliament Hira had received $2 million from foreign donors.

Hizbullah, 56, said most funds come from the Juffalis, a leading Saudi merchant family. Two wires were also found from other Saudis but was not able to trace them. Hizbullah said they were pooled contributions from smaller donors.

Hizbullah warned the experience of the Juffalis, who he said have received hate mail, was spooking Saudi investors. He did not identify any investors. (Source: Reuters)