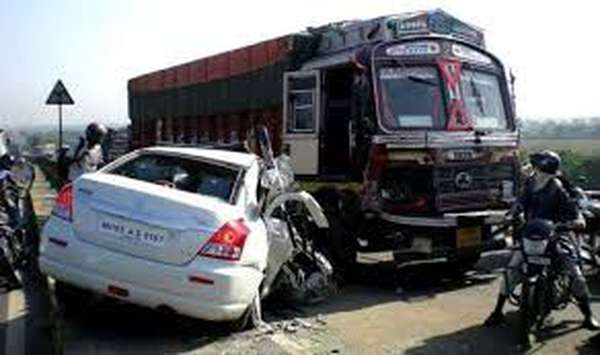 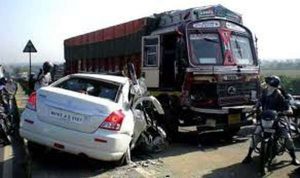 An early morning road mishap near Alugunur in Timmapur mandal of Karimnagar district claimed four lives. All the four persons belonged to one family and were returning after distributing the wedding cards.
According to the police, Ravinder Rao Kamble and his wife Saritabai of Kundanapalli in Peddapalli mandal have fixed their son’s wedding on November 29 at Hyderabad. On Monday, they set out to distribute wedding cards and invite their relatives to the function. While returning, their car hit a stationary lorry near Alugunur. Ravinder Rao, who was speeding the car, did not notice the stationary lorry. While three persons, Ravinder Rao, Sairitha Bai and his sister Meera Bai died on the spot due to the impact of the crash, his brother in law Raghunath died while being treated at a nearby hospital.