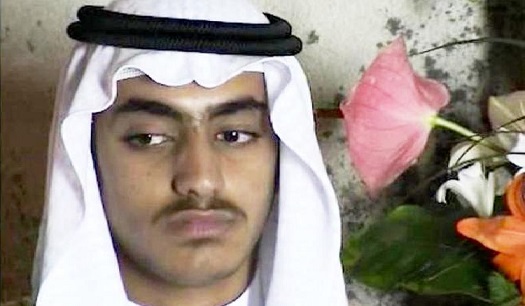 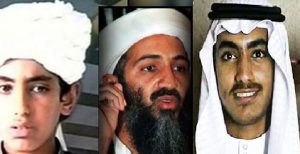 WASHINGTON/ ISLAMABAD: Hamza Bin Laden, the son of al-Qaeda founder Osama Bin Laden, died in an air strike, sources had not confirmed the claims of US media till the filing of this report (like the killing of OBL, Aiman-az-Zawaheri, Baitullah Mehsud etc in past) but some more suspicious plans, information and secrets are being revealed in this connection.

The place or dates of death were unclear. The Pentagon did not comment.

Bin Laden, thought to be aged about 30, had released audio and video messages calling for attacks on the US and other countries. 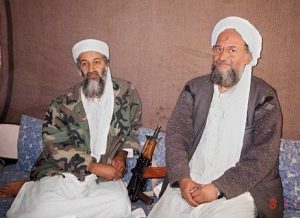 As recently as February, the US government offered $1m (£825,000) for information leading to his capture.

His death was widely reported by US media outlets including NBC News, the New York Times and CNN, citing unnamed US intelligence officials.

There was no confirmation from al-Qaeda.

The reports said Bin Laden was killed in a military operation in the last two years and the US government was involved, but the exact date and time were unclear.

President Donald Trump declined to comment when questioned by reporters on Wednesday, as did the White House national security adviser John Bolton. 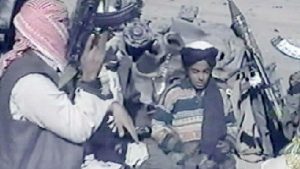 Bin Laden had urged jihadists to avenge his father’s killing by US special forces in Pakistan in May 2011.

In 2018, in his last known public statement, he called on the people of the Arabian Peninsula to revolt. Saudi Arabia stripped him of his citizenship in March.

He was believed to have been under house arrest in Iran but other reports suggest he also may have resided in Afghanistan, Pakistan and Syria.

The US state department said documents seized in the 2011 raid on his father’s house in Abbottabad, Pakistan, suggested Bin Laden was being groomed to take over the leadership of al-Qaeda. 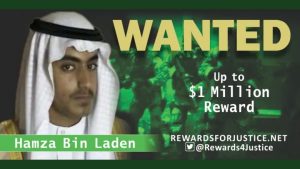 US forces also reportedly found a video of his wedding to the daughter of another senior al-Qaeda leader which was thought to have taken place in Iran. His new father-in-law was Abdullah Ahmed Abdullah or Abu Muhammad al-Masri, who was indicted for his alleged involvement in the 1998 bombings of the US embassies in Tanzania and Kenya.

Al-Qaeda was the group behind the devastating 11 September 2001 attacks on the United States, but its status has been undermined during the past decade as the Islamic State group rose to prominence.

It’s a sign of how little is known about Hamza Bin Laden that US officials were never able to definitively confirm his age. 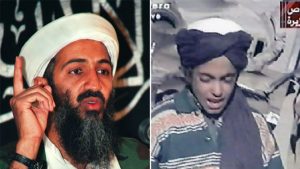 In recent months they had floated suggestions that he may have been in Afghanistan, Pakistan or Iran but they couldn’t even say for sure in which country one of America’s “most wanted” was hiding.

The million dollar price tag for information was a measure not just of the potential danger he posed but also his symbolic importance to al-Qaeda and its propaganda machine.

Bin Laden was only a child when his father helped plotted the 9/11 attacks but, according to the extremist group’s legend, he was by his side at the time.

For a son brought up to hate America, avenging his killing at the hands of special forces was always going to be an obsession. In recent years he sent online messages calling for attacks against the United States and its allies.

Bin Laden’s death, if officially confirmed, will silence someone who was emerging as a new voice of Al Qaeda. However it will not end the threat from an organization that carried out the world’s most notorious terror attack.