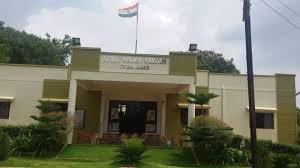 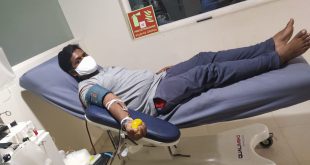 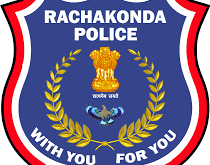 Hyderabad Jul 10 (PMI): The police department which is to work for public is now working under the influence of political leaders and ignoring to register complaint of citizens if it is against TRS political leaders or their allies and followers. A complaint was given in Alwal Police Station regarding the interference of local MLA followers in the construction work who have been trying to grab the land with the support of area MLA even though they don’t have any rights or title over the property. The SHO Alwal who is well aware of the facts that Sri. Venkateshwara Mahila Mandli represented by President Smt. Shakuntala Naidu is a declared land grabber by LGC and Hon’ble High court is still avoiding to register FIR against them and ignoring the complainant. The complaint which was submitted on 20-06-2020 to SHO Alwal is pending in the name of investigation to avoid taking any legal action against MLA allies or followers.

The president of Sri Venkateshwara Mahila Mandli smt. Shakuntala Naidu gave a statement in Telugu Daily newspaper Andhra Prabha on 16-06-2020 that neither she has any valid documents nor the Alwal Police Station, Alwal GHMC, e-Seva, Navakalakendram but all other have their buildings on the land, similarly area MLA has assured them to allot that land to them. Knowing all these facts and receiving LGC and Hon’ble High court judgements SHO Alwal is hesitating to register FIR and arrest them since they have backing of area MLA. The GPA holder lodge a complaint against Land Grabber Smt Shakuntala and others on 20-06-2020 but SHO Alwal Police Station delayed to acknowledge the complaint and at last on 24-06-2020 acknowledge the complaint and but did not issued computerized acknowledgment. Since then the complaint is pending with SI Sri. Majid Ali Khan who is not proceeding with complaint and waiting for SHO to order him to take any action in this regards. The GPA holder said he is trying to meet SHO Alwal PS but failed and he met with SI Sri Majid Ali Khan who telling he did not get any order from SHO to register the complaint you meet SHO.

The GPA holder who is the complainant resides near Salar Jung Museum and Police Station Alwal is far from his place and also due to Coronavirus/Covid-19 the complainant unable to meet SHO or visit him personally.  He is regularly trying to reach SHO on his number but the SHO is not available on the call and diverting the call on PS landline phone. Earlier the SHO frequently answered the calls and receives his messages but after the complaint was filed against local MLA followers he avoided talking by redirecting the calls and blocked messages.

The complainant request in good self of CP Cyberabad to make sure proper justice is prevailed in his commissionerate and there is no influence of political leaders on police personnel as such people will not have faith in police department if it is run by political leaders as per their will and wish. (Press Media of India) 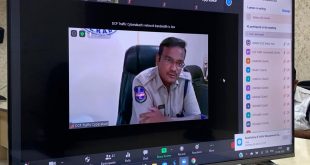