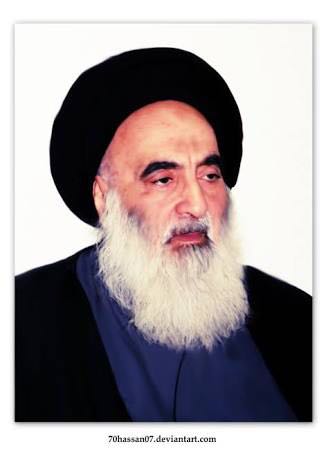 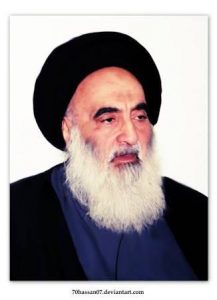 Hyderabad, Sep 4 (PMI): Shia Ulama, Zakereen, Scholars and Journalists expressed their gratitude to Grand Ayatullah Uzma Syed Ali Sistani (Marja Taqleed) for steer heading a vital role in defending the Holy Shrine’s of Ahlebait (A.S) and the people of Iraq from the “Daesh” the Arabic acronym ISIS and liberating the parts of the country besieged by barbaric occupation.

In the present world scenario the world has become a global village and people are more interconnected from east to west and north to south. But it has been seen that when it comes to religion almost all the major religions of the world and its sects are facing a problem of central leadership. All the major religion and its sects are divided in splinter groups and they are not aligned to the central leadership with the exception of Shia Muslim sect.

The world has seen that in resent middle-east crises, the rise of Islamic state terrorist group. The coalition of militarily advanced countries took on the battle to contain and erase the barbaric occupation of ISIS from Iraq and Syria could do a little. Baghdad was almost 150 km away from their reach when a noble from the People of Iraq, Grand Ayatullah Uzma Syed Ali Sistani (Marja Taqleed), who is the religious and spiritual guide of the Shia’s all over the world gave a call to all the people living in Iraq to come forward and defend their country against the barbarism of ISIS. His call motivated thousands of Iraqi’s irrespective of cast, creed and religion to come forward and defend their country against the evil forces of ISIS. The mobilization forces did a marvelous job not only in containing the ISIS but also eroded their bases and liberated the areas under their siege.

Speaking at a Program organized by the “Gulaman-e-Muqaladeen-e- Ayothullah Uzma Syed Ali Shistani   for expressing gratitude to the Maraja- e- Karam for defending the Holy Shrine’s of Ahlebait (A.S) in Iraq, here at Devdi Inayat Jung Bahadur, Hyderabad, the consulate General of Islamic Republic of Iran, Aqa-e-Mohammed Haq Bain Qumi said in the period of Aemma-e- Karam (A.S) the religious   Markaziet itself was with them. On many issues and occasions Khulafa used to bring their problems before Aemma-e- Karam (A.S). In the present scenario in the absence of Aemma-e-Karam, this Markaziate is held by Ulama.

President of Majlis- e- Ulama O Zakereen, Dr Syed Nisar Hussain Hyder Agha, said that the holder of knowledge should be respected as they are the torch bearers of the community. Quoting the Hadees of Prophet Mohammed (S.A.W.S) he said that glance at the face of the Aalim is worship.

Moulana Syed Hyder Zaidi, Vice President of the Majlis-e-Ulama O   Zakereen, said that the main aim of the program was to bring it to the knowledge of young generation the importance of Marjaiyat. The lead role it played in the protection of the Holy Shrine’s.

Moulana Syed Zafaryab Hyder said there is no need to bring the knowledge of Marjaet to young generation. Further he said our Mufti Hazrat Ayathullah Imam Khomeni is no more but his FATWA against Salman Rushdi is still enforced. 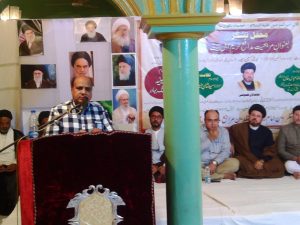 President Markazi Anjuman Matami Grouhaan, Hyderabad (T.S)  and senior Journalist, Syed Najaf Ali Shoukat highlighted the significance of the instruction or call from a Marja on a particular issue and how the whole Shia community adhere to it and are ready to sacrifice even their lives which we have seen in Iraq where thousands of Shianae Hyder- e- Karrar irrespective of their age came forward and joined the Mobilization force to fight against the ISIS. In this process many have laid their life in protecting the Holy Shrine’s and the people of Iraq.

Further dueling in to the topic he asked the audience “what is “Daesh”?” He said Prophet Mohammad (S.A.W.S) and Hazrat Imam Ali (A.S) has predicted 1400 years ago about “Daesh” regarding their flag, dress, looks, slogans and even said that they will hide their real names and will be known by their kunniyat. For example, Abubakar Al Baghdadi, Abu Jasim, Abu Umar etc. Whereas the real name of the self declared Khalifa of Daesh was Ibrahim Bin Awad bin Ibrahim bin Ali bin Mohammed Al Badri and was born in Samera Iraq. Further elaborating he said that Hazarat Imam Ali (A.S) also indicated they will use “Al Doula” word and declare their Khilafa in Syria and Iraq this will result in civil war in Syria, which will result in mass migration of the population. Looking in to the motives of “Daesh” terrorist outfit he said Imam Ali has told that they will claim to be Muslims but in no way they will be connected to Islam and their slogan will be “kill the people” and amend the Shariyah laws according to their need and generate money through all means. Looking at its style of functioning it is clear that it has been just to cause damage to the Shia sect of 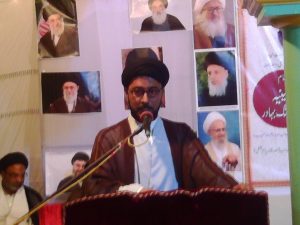 Islam and destroy the institution of “Marjaiyat”.

Former MLC, Syed Altaf Hyder Razvi emphasized on need of the hour is to strengthen the institution of Marjaiyat and adhere to its instructions. 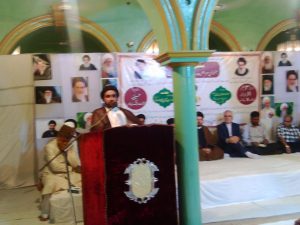 Moulana Shane Hyder conducted proceeding of the program and Moulana Raza Abbas gave vote of thanks. (Press Media of India)