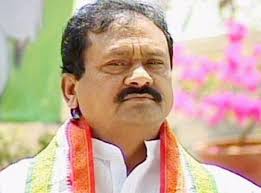 Hyderabad,  Senior Congress leader Mohammed Ali Shabbir today slammed the TRS Government for its decision to scrap public distribution system (PDS) and shut down ration ships, which are regarded as backbone of poverty alleviation programs in the State.

In a pressnote here today, the Congress leader said instead of addressing the problems of the 70,200-odd striking ration shop dealers in the State, the Chief Minister was using arm-twisting methods and threatening to shut down the ration shops in an “undemocratic  and anti-poor” manner. Defending the striking ration shop dealers for the past one year, Shabbir Ali justified their demand for hike in commission from the existing Rs 5,000 to Rs 11,000 per month in view of steep hike in transport, electricity, wages and rental costs in both urban and rural areas in the State. ‘Instead of wounding up PDS and closing down ration shops, the State government should transform them into mini-super bazaars by providing many commodities under one roof for the benefit of the poor in urban and rural areas, he added.

Recalling how the PDS functioned as a backbone of the anti-poverty schemes during the Congress regime, Shabbir said the PDS was crucial to address famine, drought and flood situations. It was also a conduit to all welfare programs like distribution of subsidized food grains and clothes to BPL families.’ During previous Congress regime eight to ten essential commodities, edible oils, soaps, handloom clothes were supplied through ration shops to help the poor and also regulate open market prices’, he said. But today only rice is being supplied in ration shops as the NDA govt has already withdrawn subsidy on sugar after the commodity was de-controlled. The 2017-18 budget of  the Modi government allocated only  Rs 200 crore to clear pending claims under the PDS sugar subsidy scheme and scrapped sugar subsidy affecting nearly 40 crore BPL families in the country.