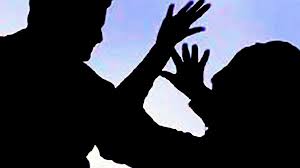 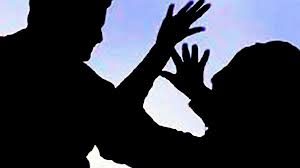 New Delhi: Sexual offences are worst than murder and other heinous crimes as the assault in such cases is not just on the body but on the soul of the victim, a Delhi court has said while sending a man to jail for 14 years for raping a minor. “Physical wounds heal up with the passage of time and medication but wounds on the mind and soul are of a persistent and nagging nature, which remain alive for years together, making the victim shudder with pain, time and again, eclipsing all pleasant memories,” Additional Sessions Judge Seema Maini said.
The judge made the observation while convicting 27-year-old north Delhi resident Santhosh Kumar for raping a 10-year-old girl in 2015.
The court awarded a compensation of Rs two lakh to the victim under the Protection of Children from Sexual Offences (POCSO) Act, noting that she lost her childhood, her carefree attitude and the pleasant and joyous approach towards life. “The victim of such an offence when happens to be a child of tender years i.e. 10 years of age, the pain and the trauma, which such an offence qua her, at the hands of the convict, would have brought into her life, can never be expressed in words,” it said.
The judge did not mince words when the counsel appearing for the convict sought leniency citing his family circumstances. “Such sexual offences, in my opinion, are worse than murder/culpable homicide, since the assault in such cases is not just on the body of the victim but also on the soul, mind as well as the whole persona of the victim.
“Such an offence, having been committed with the child, makes it imperative that the offender is dealt with a firm hand and the mitigating circumstances of the convict cannot be given precedence over the pain, suffering and trauma of the victim child,” the judge said.
According to the police, Kumar lured the minor neighbour into his room and raped her in 2015.
The convict, however, denied the allegations in the court and claimed that he was falsely implicated in the case.
The judge said that the convict has been held liable to be punished under various provisions of the POCSO Act and the Indian Penal Code, for commiting penetrative sexual assault upon the victim. “…the convict is being awarded punishment under IPC… rigorous imprisonment for a period of 14 years, along with a fine of Rs 50,000,” it said.
2018-03-08
admin
Previous AP Budget Is A List Of Cooked Up Numbers: YSRCP Buggana Rajendranath Reddy
Next Mutawallis will be awarded for excellent management of Waqf properties: Mukhtar Abbas