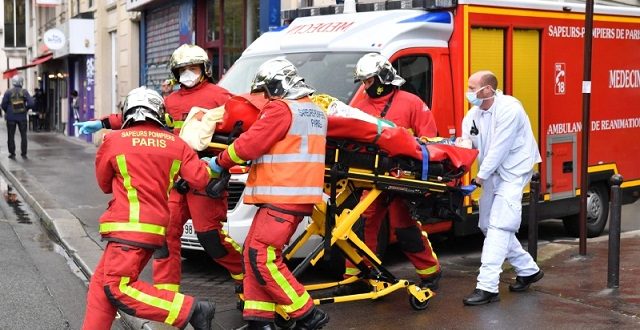 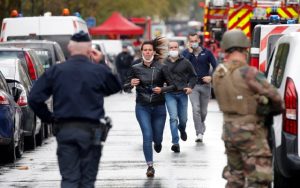 RUE NICOLAS-APPERT, PARIS: At least four people have been wounded in a knife attack near the former offices of satirical newspaper Charlie Hebdo.

French Prime Minister Jean Castex on Friday confirmed the incident, which police are treating as a “terrorism” attack. France’s National Anti-Terrorist Prosecutor’s Office (PNAT) has taken over the investigation.

It was unclear what motivated the attack or whether it was linked to Charlie Hebdo, whose staff was killed in a 2015 assault which made global headlines.

Paul Moreira, journalist at Premiere Lignes, a production company which is in the same building as the former offices of Charlie Hebdo, said he does not think the suspect “came here by chance”. 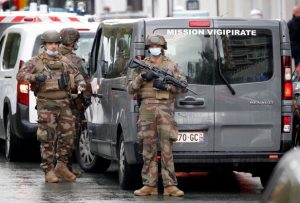 A witness told Europe 1 radio: “I was in my office. I heard screams in the road. I looked out of the window and saw a woman who was lying on the floor and had taken a whack in the face from what was possibly a machete … I saw a second neighbour on the floor and I went to help.”

A Paris police official said while authorities initially thought two attackers were involved, they now believe it was only one person.

“The interior minister and the prime minister both called off engagements they may have been in this morning and have been rushed to a crisis meeting to discuss the situation,” said Al Jazeera’s Natacha Butler, reporting from Paris. “We heard from an eyewitness who talked about hearing screams from the streets … and saw a woman with a wound in her head.” 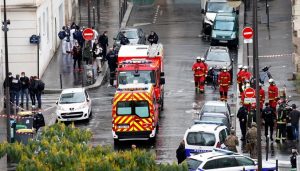 Nearby schools were placed under lockdown, with parents told not to pick up their children.

Manuel Valls, former prime minister under Francois Hollande, tweeted: “My emotion following the stabbing attack near the former premises of Charlie Hebdo, feeling of reliving a nightmare, my support and solidarity with the wounded and their loved ones. Waiting for the details of the investigation more than ever #JeSuisToujoursCharlie (I am always Charlie).”

The attack comes three weeks after 14 people with suspected links to homegrown fighters who attacked the Charlie Hebdo offices in January 2015, killing 12 people, went on trial in Paris.

The court heard they had sought to avenge the Prophet Mohammed, nearly 10 years after the weekly published cartoons mocking him.

The magazine moved offices after the 2015 attack. (Int’l Monitoring Desk)