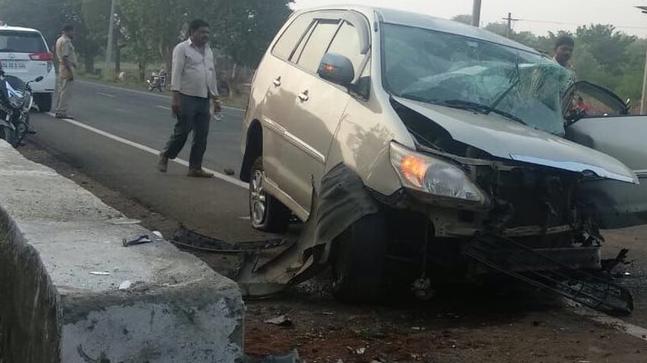 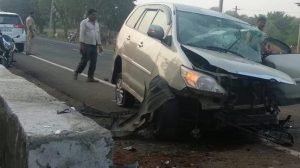 Bagalkot (Karnataka): Senior Congress legislator Siddu Bhimappa Nyamgoud from Karnataka’s Bagalkot district died in a road accident near here on Monday, police said.
He was 71 and leaves behind his widow, two sons and three daughters.
“The accident occurred near Tulasigiri village when the car in which Nyamgoud was travelling crashed into a divider after the driver lost control while trying to avoid a head-on collision with a truck,” Tulasegiri police inspector M.B. Biradar told
Bagalkot is 530 km from state capital Bengaluru and 20 km from Tulasegiri.
Four persons, including the driver, were injured. They have been admitted to a hospital here.
Also Read: Karnataka MLA Dies In Road Mishap 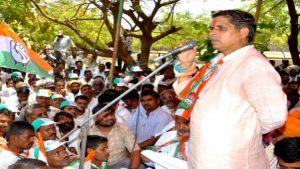 “The legislator was travelling to Jamkhandi via Bagalkot from Panaji in Goa upon his return from Delhi on Sunday night,” Biradar said.
Nyamgoud was re-elected to the state Assembly in the May 12 election, defeating BJP’s Kulkarni Shrikant Subrao by 2,795 votes.
The veteran party leader was a Union Minister in the P.V. Narasimha Rao cabinet in 1990-91.
Chief Minister H.D. Kumaraswamy and many Congress leaders mourned his untimely death.
Post Views: 85
2018-05-28
admin
Previous Hindu Temple in Kerala’s Malappuram Hosts Iftar Party for Muslims
Next Rs 33 cr for Ramzan festival: Dy CM Mahmood Ali