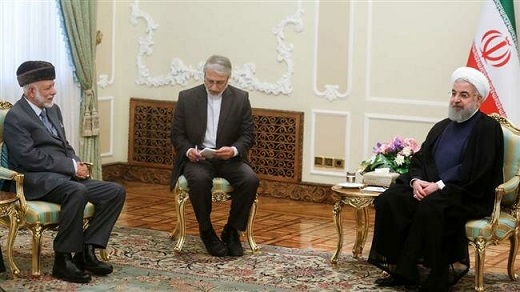 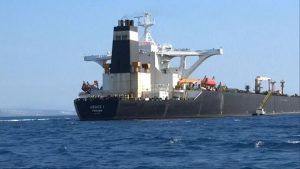 TEHRAN/ GENEVA: Iranian President Hassan Rouhani said that seizure of tanker Grace 1 in Gibraltar was ‘illegal’ and will prove to be detrimental to the UK itself.

He made the remarks in a Sunday meeting with the visiting Omani Foreign Minister Yusuf bin Alawi in Tehran.

“The seizure of Iranian tanker in Gibraltar was illegal and will definitely be to their detriment,” said Rouhani, his office reported.

He went on to say that “the Islamic Republic of Iran will continue to stand against any kind of violation of regulations that endangers the security of navigation in the Persian Gulf, the Strait of Hormuz and the Sea of Oman.”

“Iran is willing to develop ties and relations with Oman at different levels to serve both nations’ interests,” he added. 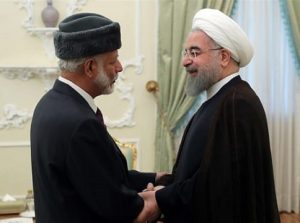 Iran and Oman are the main responsible parties for ensuring the security of the Strait of Hormuz, said the President, adding, “the Islamic Republic of Iran always attempts to make sure that the Sea of Oman, the Persian Gulf and the Strait of Hormuz are safe and secure for free international navigation.”

“The presence of foreign forces does not only contribute to the security of the region, but also will be the main cause of regional tensions,” he said.

Rouhani also underscored the reconstruction of Syria and the return of refugees to the country, as well as stopping the killing of innocent people in Yemen, saying, “we should cooperate in sending humanitarian aid and medicine to the innocent Yemenis.” 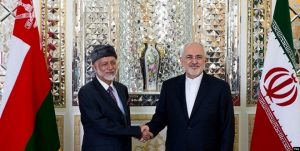 Describing the acts of aggression of the Zionist Regime and the killing of Palestinians and destruction of their houses another important issue of the region, adding, “crude, dangerous planning for the future of Palestine under the name of the Deal of the Century are a cause of worry.”

The issues of the region are in some way intertwined, said the President, continuing, “if we want the region to develop, everybody must attempt to establish lasting stability and security in the entire region.”

He said that the Islamic Republic of Iran has never started tensions with other countries, adding, “the unpleasant incidents and tensions in the region today are rooted in the unilateral withdrawal of the United States from the Joint Comprehensive Plan of Action (JCPOA).” 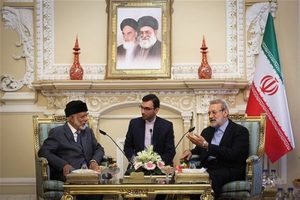 Yusuf bin Alaw, for his part, delivered the greetings of Sultan Qaboos to Rouhani and said, “Tehran-Muscat relations have been developing in different fields, especially trade and investment.”

“The two nations welcome the deepening of relations and cooperation between Iran and Oman,” he continued.

He went on to say, “today, the region is experiencing fabricated and proxy crises, and the establishment of sustainable security in the region will definitely not be possible without Iran’s involvement.”

The Omani FM added, “despite all challenges that they are facing, Iran and Oman should do their best to establish sustainable stability and security in the region.” (Int’l News Desk)