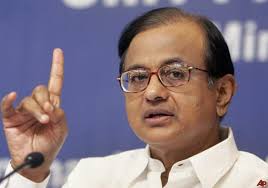 Suppreme Court today granted bail to Congress leader P Chidambaram in the INX Media money-laundering case lodged by the Enforcement Directorate. The top court said, Chidambaram could not leave the country without prior permission of the court and neither try to influence the witnesses nor tamper with evidence.
The apex court set aside the Delhi High Court’s November 15 verdict denying bail to the former Union Finance Minister, who has been in custody for 105 days since 21st of August when he was arrested by the Central Bureau of Investigation in the INX Media corruption case.

A three-judge bench, headed by Justice R Banumathi, granted the relief to the Congress leader on a personal bond of  two lakh rupees with two sureties of the like amount. The bench, also comprising Justices A S Bopanna and Hrishikesh Roy, restrained Chidambaram from giving any press interview or making any statements with regard to the case.
The ED had arrested Chidambaram on 16th of October in the money-laundering case. The top court had on 22nd of October granted bail to him in the INX Media corruption case lodged by the CBI.