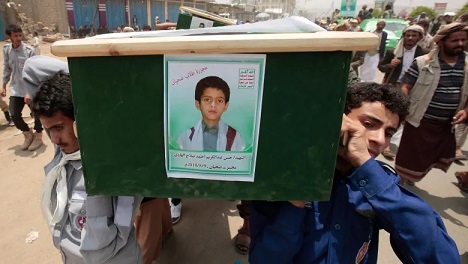 DUBAI/ DAMASCUS/ NEW YORK: The United Arab Emirates (UAE) said it carried out air strikes against “terrorist militias” in southern Yemen as the UN-recognized government accused the UAE and Saudi Arabia of killing and wounding hundreds of people in the attacks. 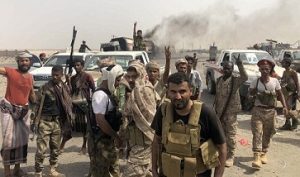 “Precise and direct air strikes” on Wednesday and Thursday targeted the militias, said the UAE’s Foreign Ministry in a statement late Thursday.

The armed groups planned to target the Saudi-led military coalition – of which the UAE is a key member – backing the Yemen government against the Houthi rebels who control northern Yemen, it said.

The UAE acted in “self-defence” after attacks by “armed groups affiliated with terrorist organizations”, the ministry said.

“The military operation against the terrorist militias was based on confirmed field intelligence that the militias prepared to target the coalition forces – a development which required a preemptive operation to avert any military threat,” it said.

“Accordingly, the coalition responded as per their right of self-defence to protect the security of their forces,” said the statement carried by the Emirates’ official WAM news agency. 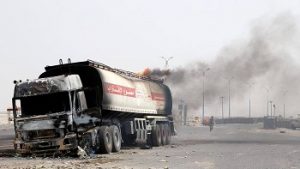 The foreign ministry did not identify the “terrorist militias” it targeted.

The government on Wednesday said it had seized back Aden from separatists who captured the strategic city on August 10 after a fierce battle that killed dozens.

Yemen’s defence ministry said more than 300 people were killed and wounded in the UAE’s air raids. The casualty tolls could not be independently verified.

The air strikes on Aden and its vicinity – as well as on Zinjibar, capital of Abyan province – killed 40 government troops and wounded 70 civilians, Yemen’s Information Minister Moammar al-Eryani said.

Yemen’s government urged Saudi Arabia to intervene and halt the UAE’s air raids on its forces. 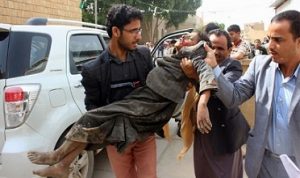 “The Saudis and Emirates are divided on these issues because from a Saudi perspective what they had always wanted was to ensure the Houthis are not a threat that can operate across the border and launch rocket or drone attacks,” said Sigurd Neubauer, a Middle East analyst.

“What the United Arab Emirates wants to do instead is to establish and independent southern state. These two objectives do not align,” he told Al Jazeera.

The fighting has opened a new front in the war that has already claimed tens of thousands of lives and led to what the United Nations calls the world’s worst humanitarian crisis.

The coalition intervened in the war in 2015 in support of the government after the Houthis swept south from their northern stronghold to seize the capital, Sanaa, and much of Yemen – the Arab world’s poorest nation. 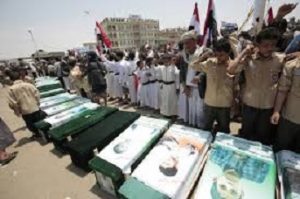 Abu Dhabi has trained and supported secessionists who seek an independent southern Yemen, despite being a key pillar in the Saudi-led coalition backing the government against the Houthi rebels.

“All Aden governorates are safe, now we’re dealing with some pockets and terrorist hideouts, which are sadly involved with what is called the legal government,” said Nizar Haitham from the Southern Transitional Council (STC), the separatist group supported by the UAE.

Yemeni President Abd-Rabbu Mansour Hadi called on Saudi Arabia to intervene to stop what he called UAE interference and support for the separatists.

He added in a statement posted by state news agency SABA on Thursday that government forces had “withdrawn” from Aden to prevent the city from being destroyed following the UAE air strikes. 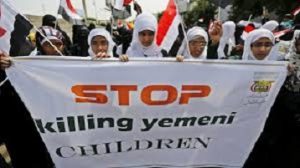 The internationally recognised government of Hadi had been based in Aden since it was ousted from Sanaa by Houthi forces in 2014.

The UAE fell out with Hadi and withdrew many of its ground forces, prompting the STC separatists to try to gain control of Aden.

On Thursday, the STC said some of its troops positioned on the outskirts of the Red Sea port city of Hodeidah, which is under Houthi control, returned to Aden to join the battle against Hadi’s forces.

A Yemeni official said Saudi Arabia and the UAE had made contact with both sides to try to defuse the conflict, but more fighters were seen arriving in Aden and the other southern provinces of Shabwa, Lahej and Abyan.

“It’s total chaos here. There was fighting in the city all day yesterday. Things appear to have calmed down a bit this morning, but we expect the hostilities to resume at any point,” charity Medecins Sans Frontiers Program Manager Caroline Seguin said in a statement. (Int’l News Desk)