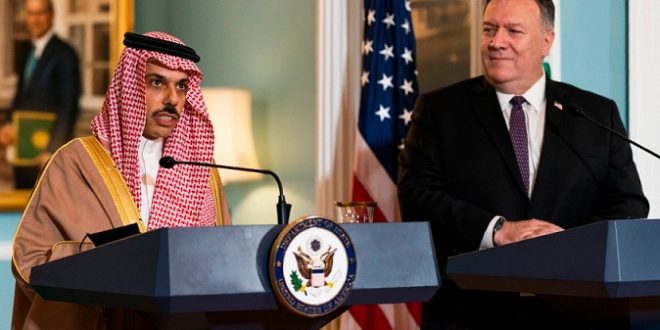 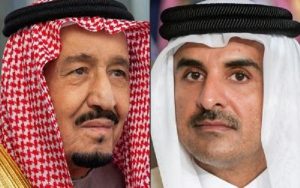 In an online interview with the Washington Institute for Near East Studies, which was broadcast late Thursday on its website, Faisal bin Farhan said normalization with Israel was included in the Saudi peace plan proposal in 1981.

Expressing his country’s commitment to peace, he said it is “a strategic necessity for the region”, adding that “normalization with Israel in the end is part of that.”

“Therefore, we always imagine that normalization will take place, but we also have to obtain a Palestinian state and a Palestinian-Israeli peace plan,” bin Farhan said.

The minister also stressed the necessity to bring Palestinians and Israelis to the negotiation table. 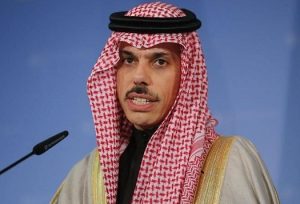 “The only thing that can lead to lasting peace and stability is an agreement between the Palestinians and the Israelis, and if we do not succeed in achieving this, then the wound will remain open in the region,” he said.

Since April 2014, peace negotiations have stalled due to Tel Aviv’s refusal to stop building settlements, release old Palestinian detainees and its disavowal of the two-state solution based on the establishment of a Palestinian state on the 1967 borders, with East Jerusalem as its capital.

The Saudi minister also touched on the Gulf crisis, saying: “We continue to work with our Qatari brothers, and we hope that they are committed to working with us to solve the Gulf crisis … We hope that we can find a way forward to address the legitimate security concerns.”

Bin Farhan, however, gave no date by which the crisis is expected to be resolved.

The Gulf crisis has been ongoing since June 5, 2017 when Saudi Arabia, the UAE, Bahrain and Egypt imposed a land, air and sea blockade on Qatar, citing its support for terrorism and its relationship with Iran, which Doha has repeatedly denied and considered the four countries’ move as an attempt to undermine its sovereignty and independence.

Doha stresses that it is necessary to solve the Gulf crisis through dialogue without any preconditions, which is what Kuwait and the Oman are trying to make mediation efforts successful.