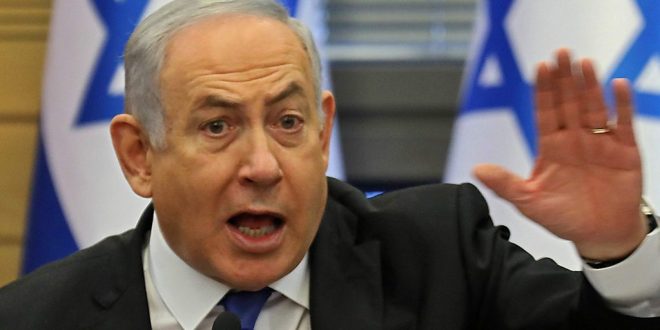 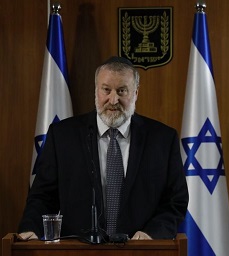 JERUSALEM/ MELBOURNE: A defiant Benjamin Netanyahu rejected all allegations of fraud on Thursday, vowing to stay on as the leader in Israel despite being indicted on a series of corruption charges.

Netanyahu denounced what he called the “false” and “politically motivated” allegations, hours after being charged by the attorney general with bribery, fraud and breach of trust. He denied all wrongdoing.

“What is going on here is an attempt to stage a coup against the Prime Minister,” Netanyahu said. “The object of the investigations was to oust the right-wing from government.”

Attorney General Avichai Mandelblit announced the indictment earlier on Thursday, calling it a “heavy-hearted decision” based only on solid legal evidence but Netanyahu said the investigators “weren’t after the truth, they were after me”.

In a 15-minute speech, Netanyahu railed against his political rivals and state institutions, accusing the police and judiciary of bias. The veteran politician argued it was time for an “investigation of the investigators”. 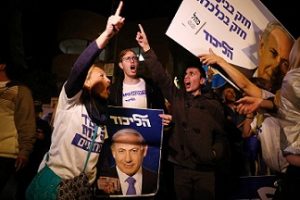 He vowed to continue on as prime minister despite potential court dates and intense political pressure.

“I will continue to lead this country, according to the letter of the law,” he said. “I will not allow lies to win.”

The charges raise more uncertainty over who will ultimately lead a country mired in political chaos after two inconclusive elections this year.

Israeli law does not require Netanyahu to step down from the post of prime minister if indicted. The entire process of an indictment and trial could take two years.

As prime minister, he would only be forced to resign from the post if he is eventually convicted, where he could face up to 10 years in prison and/or a fine for bribery charges alone, while fraud and breach of trust carry a prison sentence of up to three years.

Gantz’s Blue and White party has said it will not sit in a government whose leader is facing such charges.

“A prime minister up to his neck in corruption allegations has no public or moral mandate to make fateful decisions for the state of Israel,” the party said after the announcement by the attorney general in a statement. 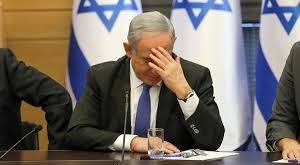 “There is concern, whether or not the charges prove to be true or without merit, that Netanyahu will make decisions in his own personal interest and for his political survival and not in the national interest.”

Gantz said on Thursday the indictment was “a very sad day for the state of Israel”.

The indictment might permanently damage 70-year-old Netanyahu’s political career and cause allies to break away from him, whereas a reprieve would likely give him a new lease of life.

The right-winger Netanyahu, who has been in power since 2009, is Israel’s longest-serving prime minister and dominates the country’s political scene.

“The other thing is the political question: whether given the seriousness of these charges, will he be able to maintain his support, especially within his own Likud party?”