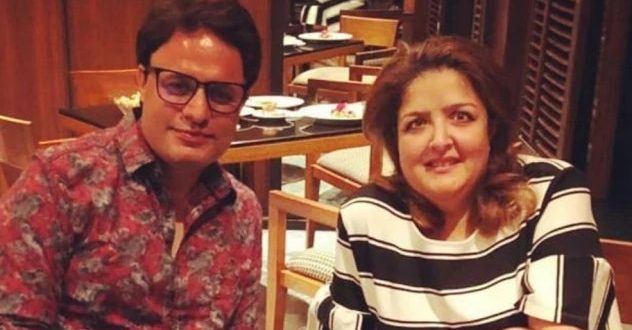 Father slaps me for friendship with Muslim guy: Sunaina

MUBMAI: Last week, Hrithik Roshan’s sister Sunaina made headlines when she said that her family was not accepting her boyfriend Ruhail Amin, because he was a Muslim. 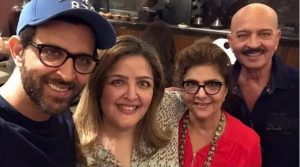 In an interview to News 18, Ruhail said, “This incident has once again exposed the dark underbelly of identity politics at play in today’s liberal times which are totally uncalled for.”

Sunaina had earlier tweeted that she “was living in hell” and that her family was making her life unbearable. She also said that Kangana Ranaut and her sister Rangoli Chandel were trying to help her get justice. 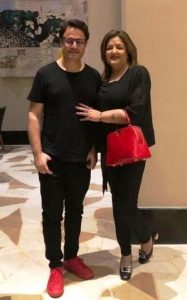 Ruhail commented on the ‘love-jihad’ angle and said, “This is unfortunate. Labeling someone extremist just because they belong to a certain religion is simply outrageous and needs to be condemned in strongest words.”

Sunaina and Ruhail met when he was covering entertainment for a news channel. “We lost touch and reconnected through social media,” he said.

Ruhail said that Sunaina’s parents, Rakesh and Pinky Roshan, were not happy with their bond. “They did not approve of our friendship,” he said. “I also got to know that her parents put a security ring around her post our friendship, and when she told me about it my first reaction was of disbelief and later a good laugh,” he said.

Sunaina had alleged that her father Rakesh had slapped her and called Ruhail a “terrorist”.

“Calling someone a terrorist just because of his identity is unacceptable. Religions and geographies should not become the cornerstones of defining extremism; we need to move beyond that mindset. Most importantly, we need to stand up against ignorant viewpoints, whoever has them,” Ruhail said. 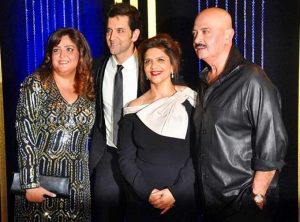 Ruhail said that he has been in touch with Sunaina. “She wants to restart her life on a positive note and wants her family to support her decisions,” he said.

Asked why there is a problem now, considering Hrithik Roshan was married to Sussanne Khan, Ruhail said, “Everyone can see the irony here.”

In an interview to a portal, Sunaina revealed she met Ruhail last year. “I was in love with a Muslim guy, my father slapped me and told me that the guy I loved was a terrorist, which Ruhail isn’t. If he was one, would he go scot-free and work in the media? Wouldn’t he have been behind bars? I met Ruhail through Facebook last year but I hadn’t saved his number as I didn’t want my parents to know. I shifted out of Palazzo apartments in Juhu, where my parents stay and started living in a hotel apartment but came back to my parent’s home last week. I got in touch with him through his office.” 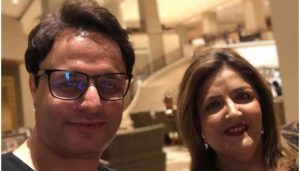 She added, I didn’t want to talk about this but I want them to accept Ruhail right now because they are making my life hell and I cannot tolerate it They don’t want me to meet him. I don’t know about marriage but right now I want to be with Ruhail. Just because he is Muslim, they cannot accept him.”