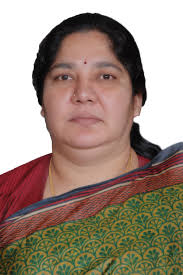 ter Satyavati Rathod today charged the Congress and the BJP with indulging in cheap politics in the name of RTC strike. She appealed to the RTC employees to withdraw the stir and get back to their duties. “Make use of the chance offered by Chief Minister K Chandrasekhar Rao and return to duties”, she appealed to the striking RTC employees.
Talking to mediapersons at Mahabubabad, the minister accused the Opposition parties of provoking the gullible RTC employees for meaningless strike. There was no use of the strike as the. Merger demand was impossible and denied by the State cabinet she said.
The RTC JAC leaders are misguiding the employees to lose their jobs for their selfish motives she charged.  The minister further said that there are 97 corporations in the state which may fall in line if the RTC merger demand was accepted. No state has merged RTC in Congress and BJP ruled states.
Setting right the mistakes by the Congress regime,  KCR government has offered salaries to RTC workers to much extent she said.  The minister asked the workers to avoid fall in the trap of RTC JAC and political parties and resume duties.
If they failed to head to CM appeal the cabinet decisions like offering another 5000 bus routes to private operations she added.