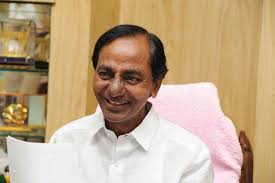 Hyderabad, Aug.12 (PMI): The State government will dole out sops to poor and the most Backward Classes people in the State by offering them loans from August 15.

As per the directive of Chief Minister K Chandrashekhar Rao, the officials concerned are making arrangements to distribute Rs 2,000 crore among the poor BC communities in 31 districts from Independence Day onwards. A decision to this effect has been taken at a meeting held at Finance Minister Etela Rajender’s residence here attended by BC Welfare Minister Jogu Ramanna. The officials have been asked to get ready to give away loans with complete subsidies to the BCs.

Followed by the directive of Chief Minister K Chandrashekhar Rao, both the ministers discussed the issue of distributing the grants with all subsidies to the poor BCs in the State. The government has also taken a key decision to offer financial assistance to the BCs without any bank linkage. Rajender appealed to the BCs that they should not get carried away by the middlemen, who may cheat them in the name of loans from the government.  The selection of the beneficiaries will be made in a transparent manner and there will be no room for middlemen, he said, adding that the Chief Minister was aware of the plight of the poor BCs in the State and come out with a unique scheme of providing them with grants of loans.