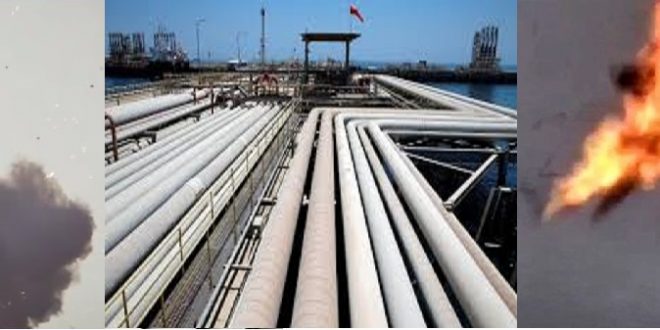 MELBOURNE/ RIYADH: Asian shippers and refiners have put ships heading to the Middle East on alert and are expecting a possible rise in marine insurance premiums after recent attacks on Saudi oil tankers and pipeline facilities, industry sources said on Tuesday.

On Monday, armed drones attacked two of Saudi Aramco’s oil pumping stations and forced the state producer to briefly shut its East-West pipeline, known as Petroline. The attack came two days after the sabotage of four oil tankers – two of them owned by Saudi Arabia – near the United Arab Emirates (UAE).

The attacks pushed up global oil prices by more than 1% on Monday, adding to rising costs for Asian refiners, who are now paying the highest premiums in years for spot cargoes in an already tight market after Washington stopped sanction waivers for Iranian oil buyers this month.

“It’s a headache for North Asian refiners who are heavily reliant on Middle East oil supplies. We are currently monitoring the situation. It’s an unfavorable factor for the overall crude oil market … driving up prices,” said a North Asian oil refining source, declining to be named due to secret policy.

Asia gets nearly 70 percent of its crude oil from the Middle East, and any disruption to oil production, loading facilities or key shipping routes such as the Strait of Hormuz could have a severe impact on Asian economies. Oil tankers typically refuel at UAE’s Fujairah port, one of the world’s largest bunkering hubs, where the ship attacks occurred.

Following Sunday’s attack on oil tankers, oil and shipping companies said they would have to alter their routes or take precautions near Fujairah.

“We had a ship which was refueling at Fujairah when the incident occurred. Fortunately nothing happened,” said KY Lin, spokesman at Taiwan’s Formosa Petrochemical Corp.

“There are no other (bunkering) choices nearby. We may choose to refuel at Singapore instead,” Lin said.

Japanese shipper Nippon Yusen has already decided to refrain from sending tankers to Fujairah for bunkering, maintenance or crew swaps except for emergencies, a company spokesman said.

If its tankers need to anchor at the port, they are advised to shorten their stay as much as possible, the spokesman said.

Ashok Sharma, managing director of shipbroker BRS Baxi in Singapore said: “There seems to be no increase in risk (insurance) as of yet.”

Risk premium increases would be inevitable, however, if security in the region continued to deteriorate, he added.

Noriaki Sakai, an executive officer at Idemitsu Kosan Co Ltd, Japan’s second-largest refiner, told reporters on Wednesday that while there is no impact on oil loading or ship operations, the company is closely watching the situation.

The second set of attacks was on Saudi Arabia’s Petroline, which mainly transports light crude from the kingdom’s eastern fields to its western port of Yanbu.

Saudi oil exports to Asia were not disrupted because ships chartered by Asian refiners call mainly at the ports of Ras Tanura and Juaymah in the Gulf, the industry sources said.

But Petroline is important because it is an alternative route for Saudi Arabia’s oil exports that bypasses the Strait of Hormuz, one of the sources said.

“This attack doesn’t affect physical supply, but the psychological effect is big,” the source said.

The pipeline attacks “likely represent an Iranian effort to expose the vulnerabilities of oil export infrastructure that can bypass the Strait of Hormuz,” analysts with risk advisor and consultancy Eurasia Group said in a note.

U.S. security agencies believe proxies sympathetic to or working for Iran may have attacked the four tankers at Fujairah rather than Iranian forces themselves, a U.S. official familiar with the latest U.S. assessments said on Tuesday.

However, Iran has denied any involvement in the attacks while Pakistan has strongly condemned the drone attacks on oil pumping stations in Eastern Province of Saudi Arabia on Tuesday.

Pakistan expressed its solidarity with Saudi Arabia and reiterated its full support against any threat to stability and security of the Kingdom.