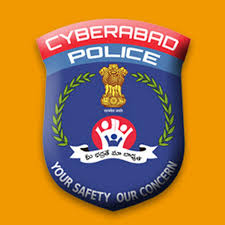 The accused Vignesh thought of earning easy money illegally and conspired with his associates Krishnaiah and Arrolla Venkat. He and his associates used to identify newly constructing apartments and trespass into the sites, stop the construction by ascertaining that the land belongs to his ancestors and he is the original owner of the land. He used to abuse the workers, supervisors in the site and threaten them with dire consequences demanding huge money for allowing them construction. Six cases were registered against him in Narsingi Police Station.. After his arrest in a case, he used to release from jail on bail and again resort in similar offence.
The other accused Ramaswamy is addicted to bad vices and committing offences from the year 2005. He hatched plan to commit property offences in the houses and temples during the night times to earn easy money. He used to identify the locked houses, temples and break open the locks with an Iron rod, gain entry into the house, broke open the locks of almirah and commit theft of ornaments, cash. He was involved in six cases in quick succession in a span of four months ie., from June 2019 to September, 2019.
As their acts have become prejudicial to the maintenance of public order they have been detained under Preventive Detention (PD) Act to keep them out of the society for a considerable period in the prison to prevent them from committing further such offences, says a press note. (PMI).