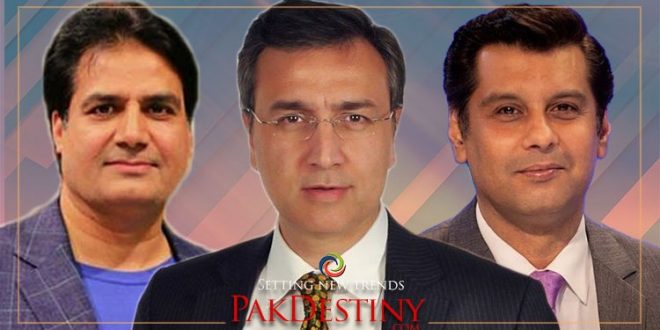 admin May 23, 2022 International, Top News Comments Off on Registration of FIRs against journalists start again in Pakistan 1,191 Views 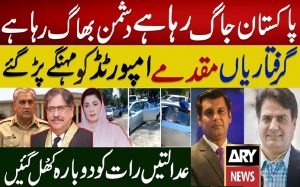 KARACHI/ ISLAMABAD: Once again, in different cities of Islamic Republic of Pakistan, the police have registered dozens of First Information Reports (FIRs) against three main journalists/ anchor persons and other reporters through some known and unknown ‘Space Creatures’ and ‘State Characters’ as the ‘State’ itself as well as by its ‘Pay-rolled Elements’ have been registering criminal cases, threatening, abusing, torturing, abducting, enforced missing even murdering journalists those write and speak against them (government), victims, officials, families of aggrieved persons, journalists and sources told PMI. 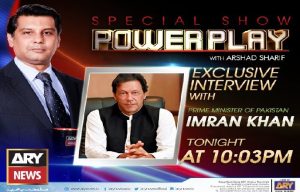 Just after the illegal termination of previous Pakistan Tehreek-e-Insaf (PTI)/ Imran Khan Government almost a month ago, with the help and assistance of ‘Establishment’, the heads of PML, PPP and JUI-F took the control of Pakistan and started to take revenge against their opponents especially Shia-Muslims of the country including, male and female journalists, educationists, doctors, engineers, teachers, students, lawyers, priests, politicians and others as fast as they have been doing during last thirty years, sources added.

According to the reports, after a senior journalist Arshad Sharif, another anchor person of ARY News Sabir Shakir was booked by Mirpur Khas police for making statements against national institutions.

The case was registered under Sections 154, 505 and 131 in Mehran police station of Mirpur Khas city on the complaint of a citizen named Mahmood Hassan. 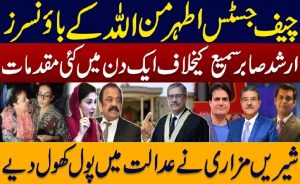 Earlier in the day, police lodged a First Information Report (FIR) against ARY News anchorperson Arshad Sharif at the Hyderabad police station, accusing him of speaking against state institutions.

IHC Chief Justice Athar Minallah heard the case against the anchor who had earlier ordered Inspector General Police (IGP) and Deputy Inspector General (DIG) Islamabad to assist in presenting Arshad at the hearing at 11:30pm.

The order came after a spate of mysterious First Information Reports (FIRs) emerged against journalists, Arshad Sharif, Sabir Shakir and Sami Ibrahim on Saturday over charges of sedition and peddling “anti-state” narrative.

The cases against the journalists were filed with police in several districts of Sindh and Balochistan provinces with similar pattern and complaints.

The FIRs, filed by residents of the districts, alleged that the journalists were stoking anti-national sentiments by maligning Pakistan Army and state institutions. 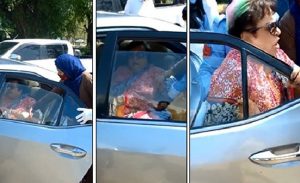 A case against ARY News anchor Arshad Sharif was registered at a B-Section Police Station (PS) in Hyderabad.

“His remarks during Matiullah Jan’s show come under section 505, 153, and 131 of the Pakistan Penal Code (PPC),” the police said adding that the case has been registered at the complaint of a citizen named Tayyab Hussain.

The complainant alleged that the anchor, during one of his shows, heaped scorn on the military with his allusions to Mir Jaffer and Mir Sadiq.

Interestingly, another journalist affiliated with the news network, Sabir Shakir, was booked by Mirpur Khas police under similar charges, citing his remarks critical of state institutions.

The case was filed on the complaint of a citizen named Mahmood Hassan under sections 154, 505 and 131 at Mehran police station.

It is pertinent to note that the cases against the three journalists are in tandem with other similar arrests and attacks on journalists who espouse a certain view in the wake of recent political crisis. Earlier in April, anchorperson Moeed Pirzada had alleged that men in plainclothes, purportedly from the Federal Investigation Agency, had barged into Arshad Sharif’s house and harassed his 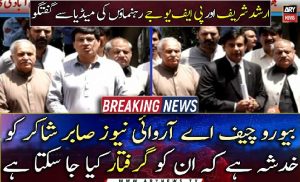 family. Consequently, Arshad Sharif had filed a petition in Islamabad High Court, which barred FIA and capital police to stop harassing anchorperson and any other journalist.

The order said that according to Sharif’s counsel Faisal Chaudhry, he was instructed by the anchor last night to approach the court since “he was being harassed”. “People went to Arshad Sharif’s house in civil uniform last night. I have not been in direct contact with Arshad Sharif since last night,” the lawyer said. He said that “illegal actions” were also being initiated against fellow ARY News anchor Sabir Shakir.

The FIRs registered against the three journalists, all under similar charges and a similar pattern, elicited alarms from the rights activists, journalists and politicians who condemned the “attempt to muzzle press”.

Alarmed by what appeared like a “coordinated attempt” to quell dissent, the journalists and activists noted that those who used to be in the good books of the powers that be have suddenly become the “enemies of the state” for striking their “raw nerve”. 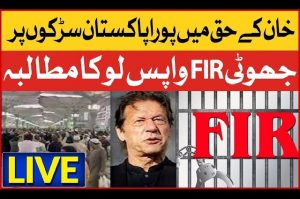 Journalist Mehr Tarar tweeted: “One after the other, the most vocal critics of those who shall not be named are being punished. FIRs and arrests will not mute the voices of protest and truth. In solidarity with @arsched.”

Journalist Ajmal Jami took to Twitter and vehemently condemned the FIRs as the “height of fascism”.

“Height of fascism in the age of democracy to register a frivolous FIR against senior journalist @arsched Sahib. These tactics won’t help the govt at all. Utterly ridiculous ploy,” he said.

“Stay strong Arshad Sahib. All journalists should condemn this outrightly.”