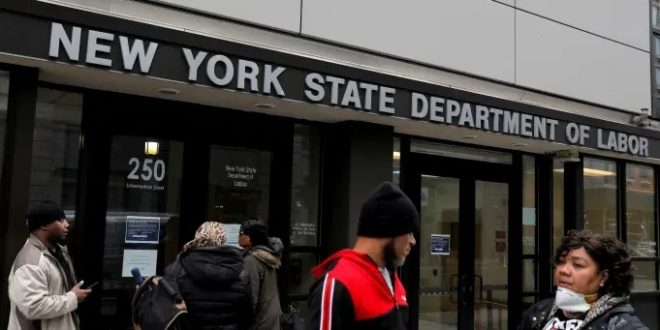 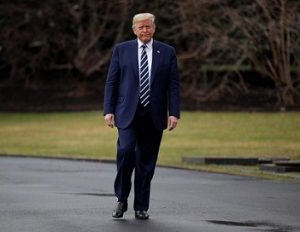 NEW YORK/ WASHINGTON: The number of Americans filing for unemployment has surged to a record high as the economy goes into lockdown due to the coronavirus pandemic.

Nearly 3.3 million people registered to claim jobless benefits for the week ended 21 March, according to Department of Labor data.

The rush overwhelmed many state offices handling the claims and signalled an abrupt end to a decade of expansion.

The shift comes as officials in states across the country close restaurants, bars, cinemas, hotels and gyms in an effort to slow the spread of the virus. Car firms have halted production and air travel has fallen dramatically. According to economists, a fifth of the US workforce is on some form of lockdown.

Analysts said the situation could be even worse than the data currently shows, noting the reports of jammed call lines and crashing state websites. Some kinds of workers, such as people working part-time, do not qualify. 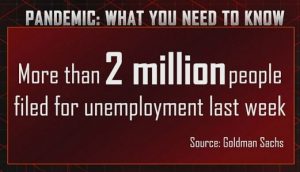 “I’ve been writing about the US economy … since 1996, and this is the single worst data point I’ve seen, by far,” said Ian Shepherdson, chief economist of Pantheon Economics.

Nationally, the figures are nearly five times higher than the worst point of the 2008 financial crisis.

In Illinois, weekly jobless claims increased 10-fold. They more than quintupled in New York and more than tripled in California, which were among the earliest and biggest states to impose restrictions. The effects were even more dramatic in smaller states.

While some retailers, such as Walmart and Amazon, have announced plans to hire, economists said that will not make up for the jobs lost. As incomes evaporate, the economic damage is likely to snowball, since consumer spending accounts for the majority of the US economy.

“Once the risks around the virus pass, it will not be just easy to flip the switch and employment returns to pre-crisis levels,” Joseph Brusuelas, chief economist at RSM wrote on Twitter. “That is not how this is going to work and will require more aid.” 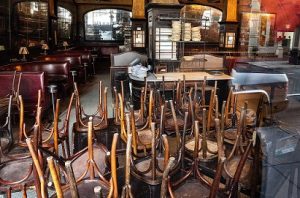 In Washington, Congress is expected to pass a more than $2tn (£1.7tn) stimulus bill, which includes direct payments of $1,200 (£999) to adults, an expansion of unemployment benefits, and financing for affected industries, such as airlines. The Federal Reserve has also taken unprecedented steps to shore up the economy but even with such action, a sharp economic contraction is inevitable, analysts said. Lower income workers are particularly vulnerable, as the lockdown forces retailers, fast food outlets and other low wage employers to cut back or close.

Shepherson said he expects to see the unemployment rate increase to at least 6.5% shortly – nearly double the prior rate – and continue to accelerate in future months.

“Fed action and fiscal measures can only ameliorate the pain and we remain worried that the latter aren’t yet on a sufficient scale,” Shepherdson wrote.

The US unemployment rate in February was hovering near historic lows at 3.5%. As recently as three weeks ago, the number of jobless claims was only about 210,000 and President Donald Trump was trumpeting the labour market’s health on Twitter. 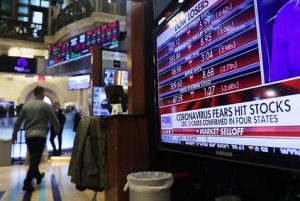 Trump, who has made the strength of the economy his political calling card, recently said he wants to loosen restrictions on activity as early as next month.

However, state and local officials worried about the rise in cases may decide not to follow the federal government as the number of cases continues to rise. The US had more than 69,000 cases as of Thursday.

In a television interview on Thursday, Federal Reserve Chair Jerome Powell said “the first order of business will be to get the spread of the virus under control and then resume economic activity”. 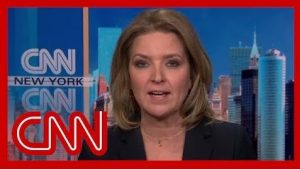 The latest US unemployment numbers were predicted to be catastrophic. The actual total, 3.3 million, turned out to be even worse than expected.

The record-breaking amount reflects a US economy put into deep-freeze almost overnight. The government-ordered shutdown hasn’t just shuttered businesses temporarily, it has vaporised the jobs of millions of Americans – many of whom are the particularly vulnerable hourly service workers who live paycheque to paycheque.

The stock market free-fall and early reports of layoffs foreshadowed Thursday’s grim news, prompting Congress to craft its largest-ever aid package, which passed the US Senate on Wednesday night. The test now will be whether the multi-trillion-dollar relief will do enough, quickly enough, to stanch the bleeding.

What’s clear at this point, however, is the physical disease that is afflicting tens of thousands of Americans and growing will be accompanied by an economic ailment that adversely affects the lives of millions.