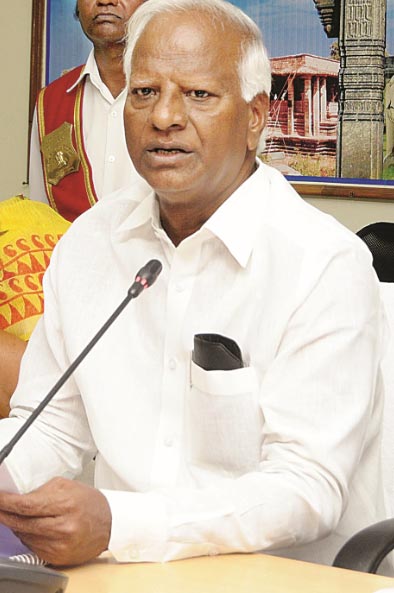 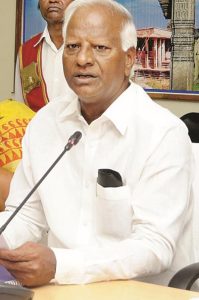 Deputy Chief Minister K Srihari, Industries Minister KT Rama Rao today said that the government is committed for reviving the closed factories in the state and provide employment to the workers. With this the efforts being made by Srihari for quite some time are getting fructified. The ministers took a decision to this extent followed by a meeting with the management of the company in the presence of officials concerned at Secretariat here.

Instructing to submit proposals in 7 to 10 days for reopening the factory they said that the government will provide necessary concessions to reopen the factory. The proposals will be submitted to Chief Minister K Chandrasekhar Rao for his approval to reopen the factory, the ministers vowed. The management expressed happiness at the development and said that they will prepare necessary proposals in about 10 days to the government.  The management also extended thanks to Srihari, KTR and the government for finally agreeing to give essential support for the company to restart.

Srihari held talks with KTR along with the management and delegates and the Industries minister agreed to revive the Rayons Factory. KTR said that the government is ready to revive the defunct company as its revival in Bhupalapally will protect the interests of the working class and also provide employment to new worker. Give proposals in seven days and will return with reply as to what extent it can provide concessions or support required for reviving such company he said. The government will make efforts to revive the factory, he added. (PMI)