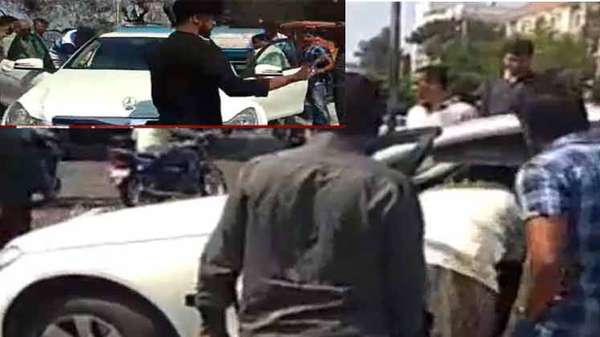 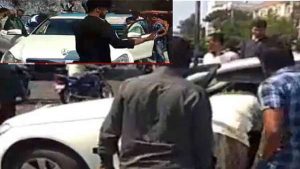 Hyderabad: Rash driving left commuters gasping when a woman drove her car at high speed on the busy Banjara Hills Road no. 12 on Saturday. The woman, who was driving the Mercedes Benz, ploughed into the divider. She became so panicky that she refused to come out of the car. As a result, there was a heavy traffic hold-up on the entire stretch. Some good samaritans chipped in by regulating traffic and shifting her car.

Rash driving has become a cause of worry for city motorists. On October 26, a lady-driver speeding in her car, recklessly hit a bike and had even slapped a motorist for questioning her rash driving. Several motorists had a narrow escape due to the rash and negligent driving of the woman in that incident which came to light when a commuter posted a video which went viral on social media