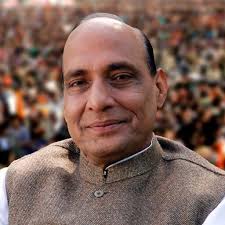 Rajnath to Attend Massive Meeting at NZB on Sept 17

The BJP workers would lay siege to the District collectorate offices on September 11, 12 and 13, demanding the state government to celebrate the day officially. He said the CM should not forget his promise about September 17.

On construction of new secretariat, Laxman said there is no need for another secretariat building as the present secretariat is sufficient.

Laxman came to State BJP office after concluding his week-long yatra. He was warmly welcomed by party leaders and workers on his arrival.