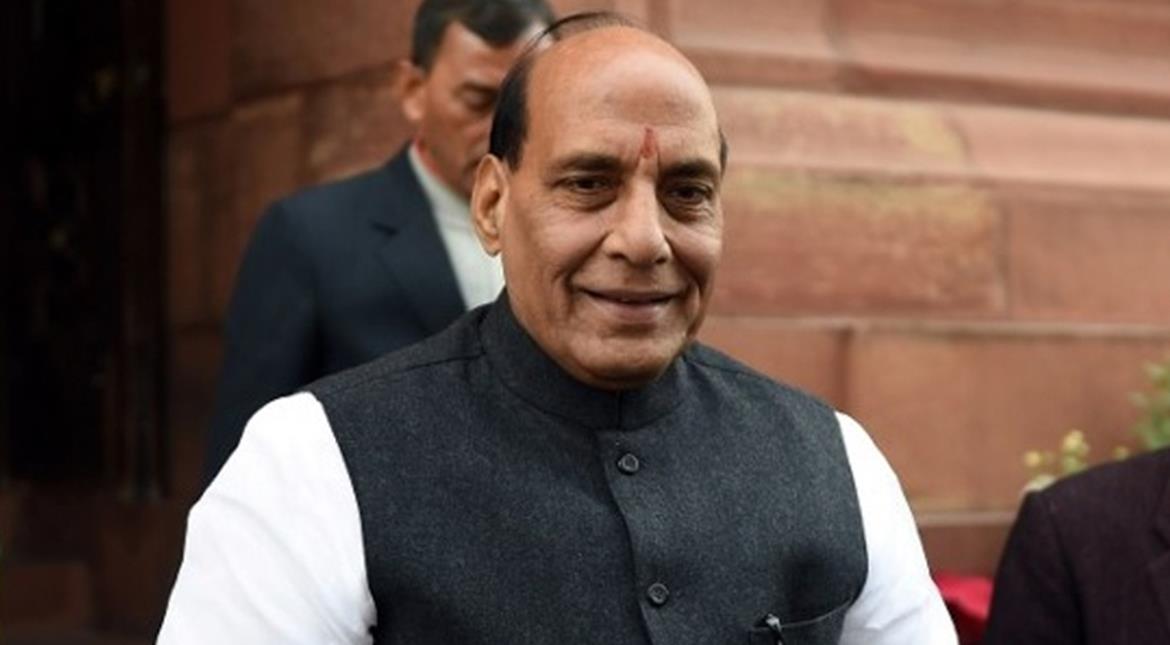 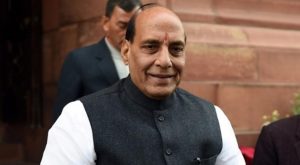 Union Home Minister Rajnath Singh interacted with more than 30 delegations from different walks of life yesterday, the first day of his four-day visit to Jammu and Kashmir. Mr Singh arrived in Srinagar yesterday morning on a four-day visit to the state. Home Minister said, he has come with an open mind and is willing to meet anyone who helps the government find solutions to the state’s problems. Officials said, around 24 delegations of social, trade, travel and business organisations from the Kashmir Valley called on Mr Singh. Representatives of travel agents, hotel and restaurant owners, and shikara and house boat associations met him. Home Minister also interacted with delegations representing different communities, including Kashmiri Pandits, Sikhs, Shias, Gujjars, Bakarwals and Paharis. Fruit growers and self-employed women also met the minister. They apprised Mr Singh of their problems and submitted memoranda to this effect. The meetings lasted more than three hours.
Home Minister also met Governor NN Vohra at the Raj Bhavan and discussed several important issues relating to the challenges being faced in the state. Besides security-related issues, Mr Vohra stressed on the efficient and accountable functioning of administrative machinery, eradication of corruption, protecting academic interests of youth, and early conduct of the pending elections to rural and urban local self-governing bodies.
Mr Singh also reviewed progress on the implementation of the
80,000-crore rupees Prime Minister’s Development Package for Jammu and Kashmir and directed officials to expedite work. At a review meeting chaired by him, officials said Centre has already sanctioned 62,599 crore rupees, about 78 per cent of the package amount, and released 22,000 crore rupees. The meeting was attended by Chief Minister Mehbooba Mufti, deputy Chief Minister Nirmal Singh, state chief secretary BB Vyas and officials from the Union Home Ministry.
The total cost of 63 projects under the PMDP is 80,068 crore rupees. The project includes assistance for rehabilitation of flood-affected people. 1,200 crore rupees was given for that purpose and the project is complete now.
The four-laning of the Chenani-Nashri section of the national highway has been completed. The project, which includes the longest road tunnel in India, cost 781 crore rupees.
The PMDP, announced by Prime Minister Narendra Modi on 7 November 2015, covers 63 projects pertaining to 15 Union ministries. The officials said five of the 63 projects have been
completed.
Land acquisition for semi-ring roads in Jammu and Srinagar will be completed within two months. The four-laning of the Jammu-Udhampur section of the national highway is nearing completion, while 19 road projects costing about 43,000 crore rupees are being implemented in the state.
About 5,810 crore rupees is being invested in the power sector to improve the transmission and distribution network in
the state. Besides, the Central government is supporting the state with an investment of 3,790 crore rupees on the Pakaldul
hydroelectric project.
For the construction of AIIMS at Awantipora and Jammu, 2,000 crore rupees each has been made available and an amount of
nearly 91 crore rupees released.
Besides, IIT Jammu and IIM Jammu have already started functioning from temporary campuses and the setting up of
permanent campuses is underway.
900 crore rupees was sanctioned for completion of the ongoing health sector projects, out of which 200 crore rupees has been utilised.
Mr Singh also reviewed the rehabilitation plan for migrants of Jammu, PoK and Kashmiri Pandits.
The minister also assessed the progress made on other developmental projects related to urban development, solar
energy, horticulture and tourism.
The chief minister assured the state government’s full support in the implementation of the PMDP and on all other
Post Views: 246
Share
Previous India urges Myanmar to handle situation in Rakhine with maturity
Next SIM cards not linked to Aadhaar to be deactivated after February 2018