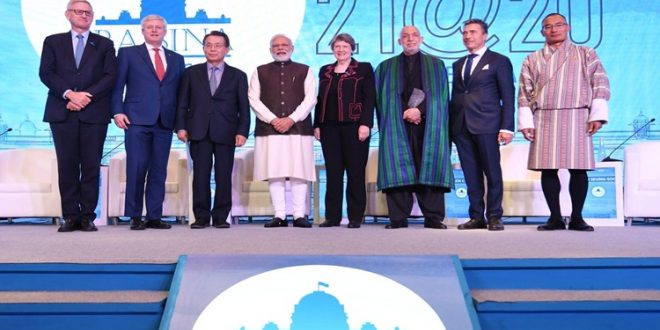 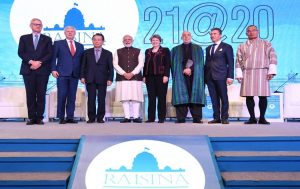 Later in a tweet, Mr Modi said, over the years, Raisina Dialogue has emerged as a vibrant forum for discussing important global and strategic issues. The Prime Minister said, he also had the opportunity to meet leaders who are great friends of India.
The fifth edition of the prestigious event is being jointly organized by the Ministry of External Affairs and the Observer Research Foundation. The three-day conference will see the participation of 12 Foreign Ministers, including from Russia, Iran, Australia, Maldives, South Africa, Denmark, Uzbekistan and the EU.

Our Correspondent reports that the participation of Iran Foreign Minister  Mohammad Javad Zarif, assumes significance as it comes amid the standoff between the US and Iran.