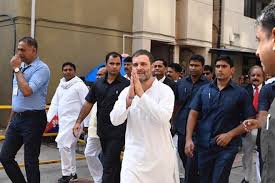 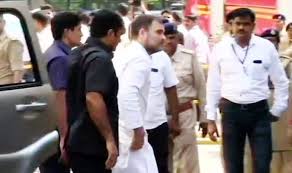 Former Congress President and Lok sabha MP Rahul Gandhi today appeared in a local court of Surat in connection with a defamation case lodged by a BJP legislator.

Mr. Gandhi appeared before the court of Chief Judicial Magistrate B. H. Kapadia in connection with the case filed by BJP MLA Purnesh Modi. The case was filed for Mr.Gandhi’s alleged objectionable remarks during an election rally in Karnataka in last general elections.

According to sources, Mr. Gandhi has pleaded not guilty in the court. During his brief stay in the court, his advocate Kirit Panwala also admitted a permanent exemption plea to the court for allowing Rahul Gandhi not to appear personally during the next hearings.

Lawyer of the petitioner strongly opposed this plea. The court has fixed 10th December as the next date of hearing.