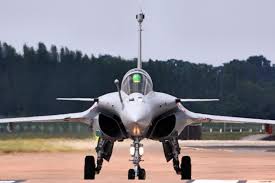 Telangana Pradesh Congress Committee (TPCC) Treasurer Gudur Narayana Reddy, in a media statement on Thursday, said that the use of un-parliamentary language and personal attacks are the favourite tools of BJP leaders when they fail to defend the allegations of corruption. “Rafale is not only a scam of thousands of crores, but it is a deal engineered by Prime Minister Narender Modi to compromise on national security,” he said.

Condemning Jaitley for calling Rahul Gandhi a liar, Narayana Reddy said that the Finance Minister needs to do a serious introspection before making such comments on the Congress president. “Rahul Gandhi has been raising a few simple questions regarding Rafale deal. The realisation that the Prime Minister would be exposed if he answers these simple questions has forced Jaitely to carryout personal attack on Rahul Gandhi so as to divert the attention,” he said. He said that the BJP should not object to a probe through Joint Parliamentary Committee if Modi has not done anything wrong. “Let the truth come out through JPC”.

Reddy said that the silence of PM Modi on Rafale deal and the defensive and cautious approach of BJP Government have already exposed the fact that they have committed a fraud of over Rs. 40,000 crore and made a serious attempt to give that money, belonging to public exchequer, to Anil Ambani. He  demanded that Jaitley withdraw his remarks against Rahul Gandhi and also tender an unconditional apology to the nation for resorting to falsehood while speaking in the Parliament to defend corruption of ‘Bharatiya Jhoota Party’.(PMI)