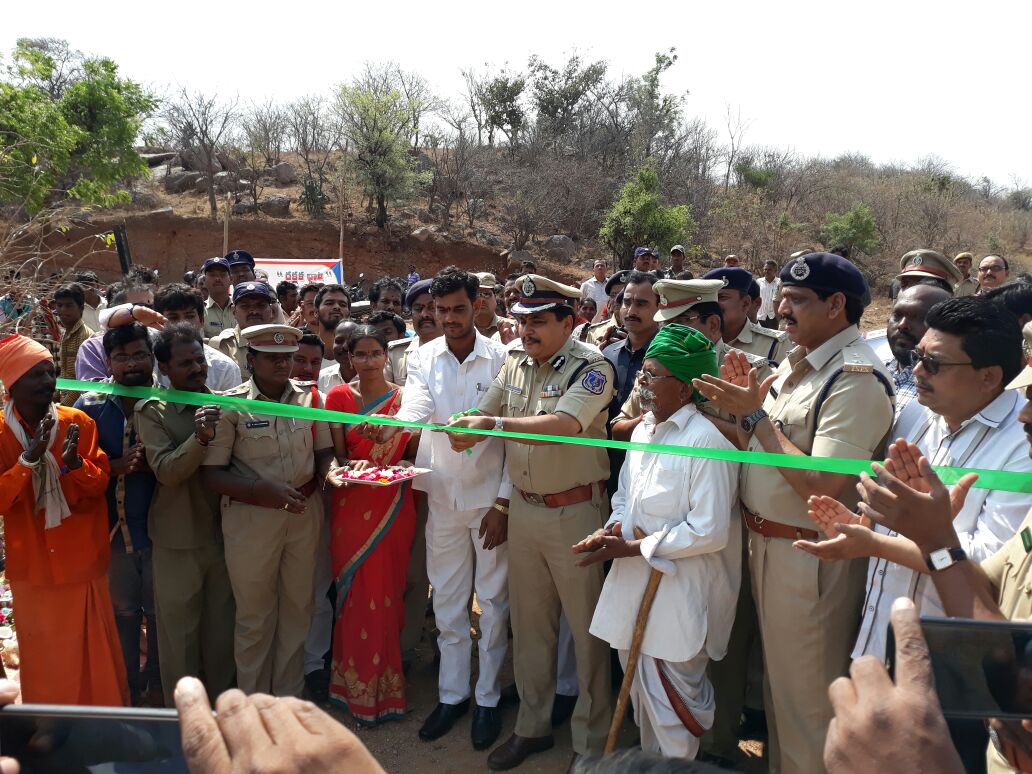 Rachakonda village has been adopted by Rachakonda Police for Development 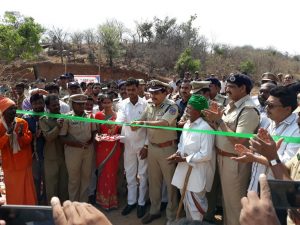 Later addressing public CP Rachakonda commissionerate Mahesh Bhagwat IPS stated that,” Rachakonda village has been adopted by Rachakonda Police and under that banner earlier conducted a mega health camp, distributed note books to school children, erected Cell phone tower with help of BSNL to connect them to mainstream & 20 tribal youth are trained in Constable prerecruitment training program which conducted for 4 months at Chottupal for empowering them to face a selection process. As RTC bus is not plying to Aeidu Donala thanda & villagers have to walk for 6 km to catch a bus from Kadel Bavi thanda, Sarpanch of Rachakonda Sagar has requested to CP Rachakonda for helping them in making existing road motorable and starting of RTC bus. On that in discussion with Collector Bhuvangir Yadadri Smt Anita Ramchandran IAS, CP has launched this initiative. A contractor engaged will lay the gravel and make this 6 km road motorable so that RTC bus can reach upto village & in case of any emergency due to medical & other reason tribals will get timely help. CP has asked tribals to stay away from country liquor, superstition practices, and child marriages & invest in girl’s education. Village Sarpanch while thanking Rachakonda Police requested for land pattas & Water filter plant to  Aeidu Donala thanda. RDO Chottupal has promised to sort out land patta issue as survey is going on.

On completion of road RTC bus service will be extended to Aeidu Donala thanda in coordination with RTC DM . This Nobel initiative of Rachakonda commissionerate Police to wean heart and minds of tribals in remote Rachakonda Grampanchayat will go a long way to keep them away from anti socials and will help in taking administration to the door step of poor tribals.