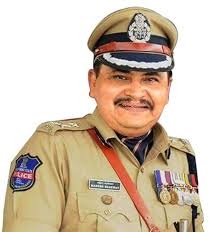 As per the investigation, basing on the technical evidence, the accused was identified as Hossali

Shiva Kumar Son of  Shalivan currently working at Sapthagiri Bar & Restaurant, Balapur, met the victim at Bidar, befriended with her by force, met her several times and collected all the personal details of her family and one day shiva Kumar (Accused) took the victim to a hotel room, sedated her and took sexually explicit photos of the victim, thereby started blackmailing to her to continue relation with her, Once she refuse to be in relation with him, he started circulating those explicit photographs to the victim’s family members and friends.

Sri Mahesh M. Bhagwat, IPS, Commissioner of Police, Rachakonda appreciated the efforts made by the cybercrime detectives in solving the case. (Press Media of India)