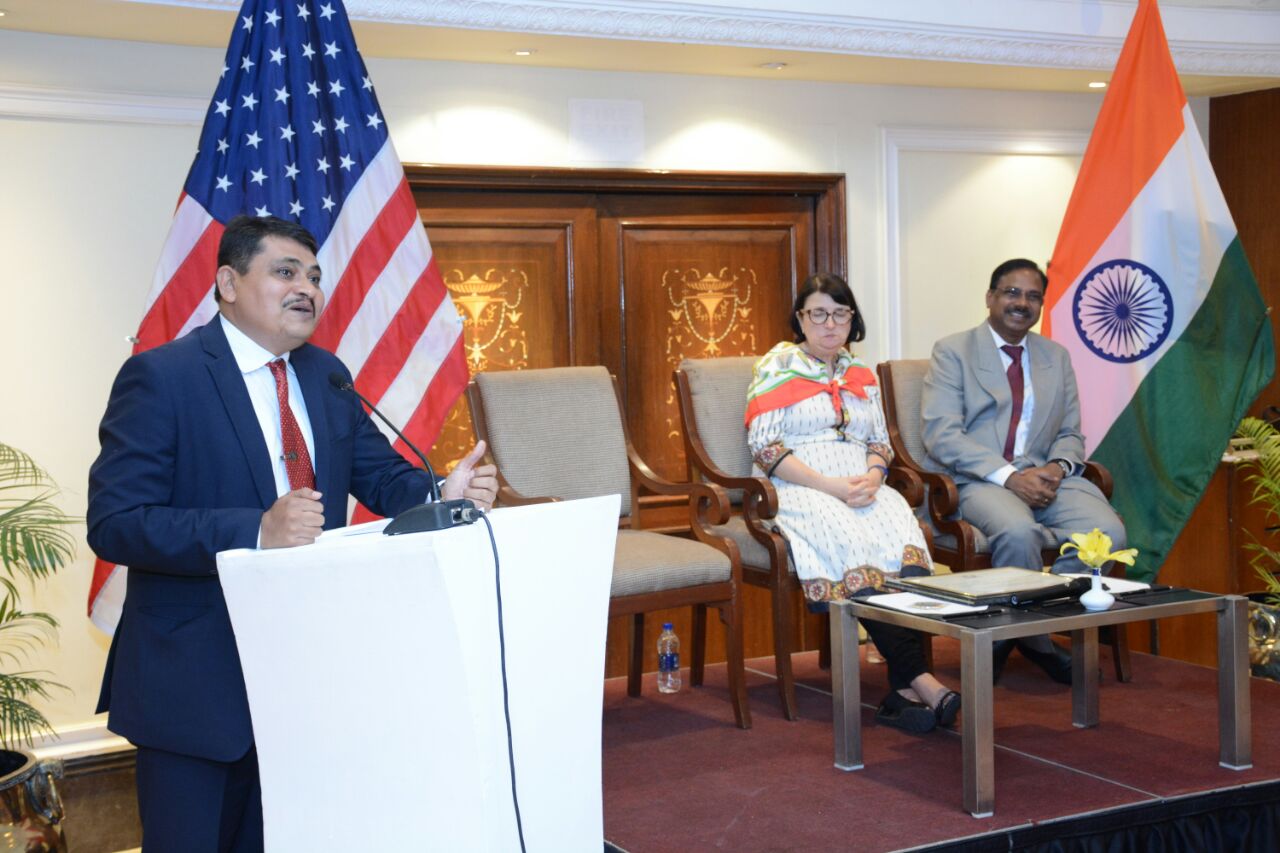 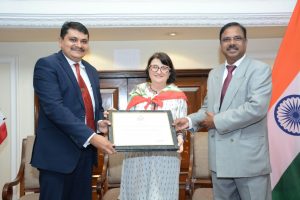 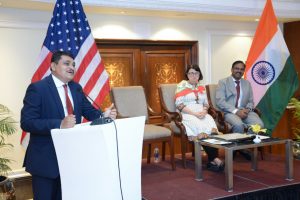 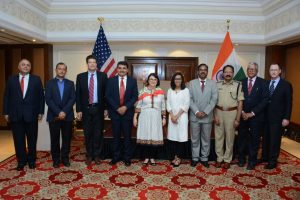 New Delhi were present on the occasion. 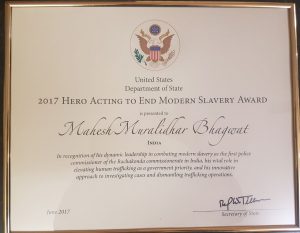 The U.S. Department of State’s Office to Monitor and Combat Trafficking in Persons every year honors outstanding individuals from across the world who devote their careers to  fight to end human trafficking. For 2017, the U.S. Department of State chose to recognize eight such individuals, including  Bhagwat. On June 27, U.S. Secretary of State Rex Tillerson presented the 2017 TIP Hero awards at an event in Washington, in the presence of Ambassador-at- Large for the Office to Monitor and Combat Trafficking in Persons Susan Coppedge and Advisor to the President Ivanka Trump.  Bhagwat could not attend the event.

Bhagwat was recognized “for his dynamic leadership as the first police commissioner of the Rachakonda Commissionerate in India, his vital role in elevating human trafficking as a government priority, and his innovative approach to investigating cases and dismantling trafficking operations.”

In her remarks on the occasion, Consul General Hadda said, “by presenting Commissioner Bhagwat with this 2017 TIP Hero Award, we are also recognizing the commitment of the Telangana government and its hardworking police force to fight a huge and growing tragedy: trafficking in persons for sexual and labor exploitation.”  Hadda recalled the Consulate’s partnership with anti-trafficking NGO Prajwala last year when it supported the anti-trafficking caravan Swaraksha which traveled more than 15,000 km through Telangana, Andhra Pradesh and Odisha. .

In his acceptance remarks,  Bhagwat said he would like to view the TIP Hero award as recognition of the work the Government of Telangana and the police are doing to combat trafficking in persons for sex and labor. (PMI)