President Vladimir Putin has denounced a list released by the U.S. Treasury Department that identifies prominent Russian officials and business figures as close to him, saying that it is intended as an attack on president Donald Trump.
Late Monday, the U.S. Treasury Department released a report that listed 114 Russian officials and 96 “oligarchs” it deems close to Putin and the Kremlin.
The report was ordered by a law, signed by president Donald Trump last summer, to punish Russia for its alleged meddling in the 2016 election.
Known informally as the “Putin list,” it was awaited with mounting interest and intense jitters among Russia’s elite, who feared it would amount to a blacklist and could be grounds for fresh sanctions.
The list, published in the unclassified version of the Treasury report, detailed virtually all of Russia’s government and wealthy elite. The report said that the list “was not a sanctions list” and was not calling for restrictions on doing business with anyone included.
Alexey Nikolsky/AFP/Getty Images
Russian President Vladimir Putin meets with his confidants ahead of the March 18 presidential elections in Moscow, Jan. 30, 2018. 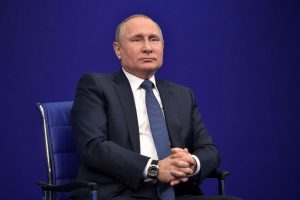 Putin nonetheless attacked the list as “an unfriendly act,” telling an audience at an election campaign event that it would “complicate” relations between Russia and the U.S. He also accused those who compiled the list of trying to harm president Donald Trump.
“Those who are doing this, they are mainly doing domestic politics, they are attacking the elected president,” Putin said.
Ahead of its publication, the list had provoked alarm among the Russia’s elite. Although Treasury officials had emphasized that the list would not carry any new sanctions, those likely to be listed had worried it might discourage U.S. and other Western banks and other institutions from offering services to them. There were reports of Russian oligarchs scrambling to hire lawyers and seeking advice from former sanctions officials in Washington.
Russian billionaire tangled in Mueller probe throws lavish bash in Davos
Some had expected the list be a detailed document listing assets, as well as relatives, of key officials and businessmen on whom the Kremlin frequently relies. But the unclassified list was instead a re-publishing of two lists already publicly available.
Reporters in Moscow quickly noted that the Treasury’s unclassified list of “oligarchs” seemed to be identical to last year’s Russian Forbes ranking of the country’s wealthiest people. The Treasury report listed the same 96 individuals with fortunes over $1 billion. 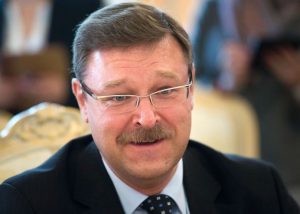 The report’s list of Russian government figures also appeared to have been copy-and-pasted wholesale from the Russian government’s official site, with the names listed in exactly the same, non-alphabetical order.
The publicly released list of oligarchs was in an unclassified version of the Treasury report; the classified version may contain more names, as well as more details, that could be used for sanctions.
What special counsel has offered publicly signals long year ahead in Russia probe
The current list contains many of Russia’s best-known business figures, long known as close to the Kremlin, including the billionaire Roman Abramovich and the metals magnate Oleg Deripaska.
In Moscow, the list was received with umbrage, but also dismissed by many as meaningless. Konstantin Kosachev, a prominent senator whose statements often tow the government line, wrote on Facebook that the report’s compilers had “simply copied the Kremlin phone book.”
Alexander Zemlianichenko/AP, FILE
Konstantin Kosachev, head of a government agency in charge of relations with ex-Soviet nations, speaks at a news conference in Moscow, June 20, 2014.more +
A Russian deputy prime minister, Arkady Dvorkovich, told the Interfax news agency that the list resembled a “Who’s Who in Russian politics book”, Interfax reported.
The Kremlin’s spokesman, Dmitry Peskov, said that it needed to analyse the list in more detail, noting it could harm the reputation of the business figures on it. But he called for people not to “give into emotions” around it.
Some Russian officials exalted in their naming, saying they would have been disappointed not to be. But some warned the list’s creation though was nonetheless a bad sign for U.S.-Russia relations.
The list also came under attack from critics outside Russia, who said it was so broad that had no meaning. Michael McFaul, a former U.S. ambassador to Russia under the Obama administration, wrote on Twitter that he couldn’t understand the point of the list, writing it was “ridiculously broad & thus meaningless.”
Listing the entire government of Russia was “a joke” he wrote, calling it “sloppy work.”
Anders Aslund, a hawkish academic who has written for years on the workings of the Kremlin elite, also said that the list had “too many” people on it and would instead likely unite those listed around the Kremlin.
“This appears counter-productive,” he wrote on Twitter.
Alexey Venediktov, the editor of a liberal radio station, Ekho Moskvi, tweeted he could have written the list in 20 minutes. 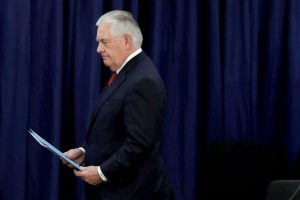 However, a top Putin critic, Alexey Navalny, who has gained a popular following for his investigations into alleged corruption among the Kremlin elite, praised the list’s publication. While noting some absences, Navalny wrote on Twitter that the list “on the whole reflects the real picture of the world.”
Although the Treasury report said that naming individuals on the list did not imply the U.S. possessed any evidence of criminal wrongdoing by those individuals, Navalny referred to them as “crooks.”
“There are a lot of crooks … on this list,” Navalny wrote. “We’re glad that they have officially recognized them as crooks and thieves on an international level.”
Dmitry Trenin, director of the Moscow Carnegie Center, also noted that the list effectively underlined a message that it was risky to do business with Russia.
“The power of U.S. sanctions is not in the specifics of people or companies blacklisted, but in a simple message: those who want to do deals with Russians might have to deal with the United States,” he wrote in a tweet.
Yuri Gripas/Reuters
U.S. Secretary of State Rex Tillerson arrives at the opening session of the inaugural U.S.-Qatar Strategic Dialogue at the State Department in Washington, Jan. 30, 2018.more +
On Monday, the Treasury Department declined to impose fresh sanctions linked to Russia, although the same law mandating the oligarch list also required the administration to begin punishing those doing business with sanctioned Russian entities.
A State Department official told reporters on Monday that no new sanctions were likely to be imposted since the law was working as a deterrent.
The U.S. had publicly and privately put foreign governments and companies “on notice” that they risked san
2018-01-30
admin
Previous National Lok Adalat in city on February 10
Next Padmaavat Banned in Malaysia as it Might ‘Offend Muslims’