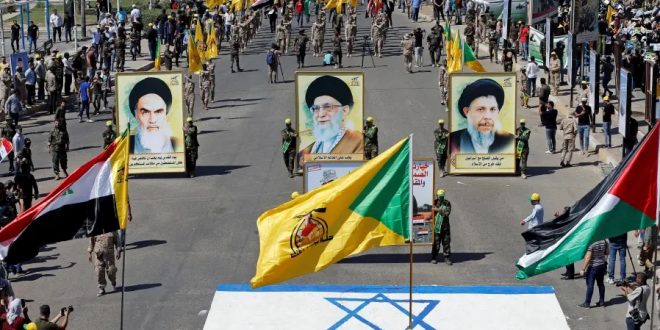 Protesters burning Israeli and American flags and some carrying Palestinian flags, stormed the Bahrain embassy on Thursday night in Baghdad, according to reports and photos posted online. 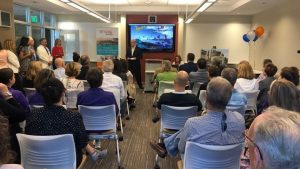 It comes in the wake of a US-backed conference in Bahrain on June 25-26 that saw Bahrain’s Foreign Minister express openness to Israel and Jews.
In Iraq many pro-Iranian groups and pro-Palestinian activists were outraged. Over the last two days there has been growing incitement against the Gulf Arab countries in Iraq. 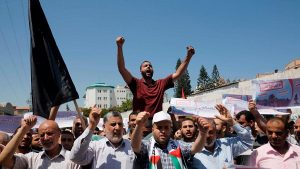 Kata’ib Hezbollah, a Shi’ite paramilitary linked to Iran, condemned Bahrain and Saudi Arabia and their allies as “tools” of the US and accused them of being allied to “Zionists.” In addition Iran has accused Bahrain of “betrayal” for hosting the summit.

Video on Aletejah TV showed the protesters “storming” the embassy. The protest reached the embassy around ten in the evening and people began to climb over walls that appeared to surround the embassy building. 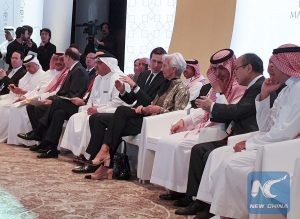 According to the Bahrain Ministry of Foreign Affairs website their embassy in Baghdad is located in Al-Mansour district in an alley. The Embassy’s office is in the al-Rashid Hotel. This is a bit confusing because the hotel is just north of the Green Zone whereas the Mansour district area shows the Embassy to be near the Russian embassy in an area west of the Green Zone. This entire area is well known and full of cafes and malls. 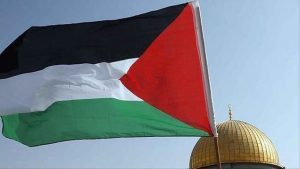 Bahrain already has tense relations with Baghdad after accusing leading politician Muqtada al-Sadr in April of meddling in Bahrain’s affairs. On June 21 Bahrain condemned a terror attack in Baghdad that targeted a mosque and expressed condolences with the victims.
The protesters who targeted the embassy carried signs condemning the “deal of the century” and calling on people to say no to the deal. The signs also accused the “kingdoms of the sand,” a reference to the Gulf kingdoms, of being “Arab Zionists who have sold their Arab identity for a failed deal.” 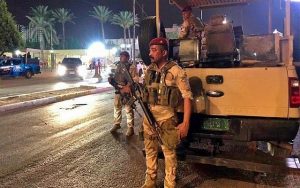 By midnight Iraqi security forces had arrived and the United Arab Emirates and Bahrain had condemned the protesters attacking the embassy. Some speculated that Shi’ite militias were behind the protests because some attendees wore fatigues. But others disagreed, saying there is widespread anger at Bahrain for hosting the meeting.

The attack on the embassy could have ramifications for Iraq’s relations with Saudi Arabia and its allies depending on how Iraqi responds or if there are more protests.

Post Views: 7
2019-06-28
admin
Previous Who is innocent…A 3yo Syrian boy or Trump?
Next Israel & Hamas agree to Gaza ceasefire after arson attacks