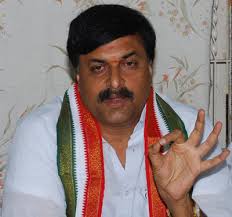 Hyderabad : Congress MLC Ponguleti Sudhakar Reddy has informed that the Congress party internal election process has been started across the state. The process will be completed by end of September or October month, he said.

Speaking to the media here on Friday, Ponguleti said that the election for AICC and PCC posts will be filled as part of these elections. Stating that the present office-bearers have to be re-elected if they want continue in their positions, Ponguleti said that he didn’t know in what angle Stat party affairs in-charge RC Kuntia has stated about present PCC Chief N Uttam Kumar Reddy’s continuation till 2019 elections. The issue will be discussed on party forum. However Party high command was supreme in this regard, he declared. “We will discuss on internal differences on internal party forums”, he said.