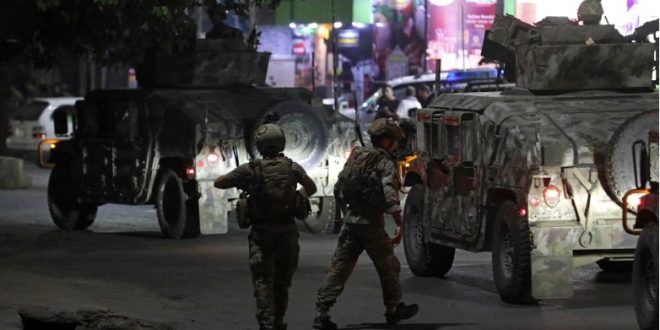 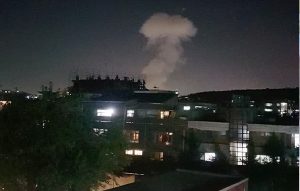 A senior security official said the first blast, which struck just after 8pm local time (15:30 GMT), appeared to have been caused by a car bomb and the target was the acting defence minister’s home and the adjoining residence of a member of parliament.

After Tuesday’s bomb attack, acting Defence Minister Bismillah Mohammadi said no harm was caused to him and his family members but some of his security guards were injured.

Stanekzai said three attackers were killed by security personnel and a clean-up operation was being conducted by police. All roads leading to the minister’s house and guesthouse were closed, he added.

Less than two hours after the car bomb detonated, another loud blast followed by rapid gunfire again shook Kabul, in what appeared to be the same area of the city. 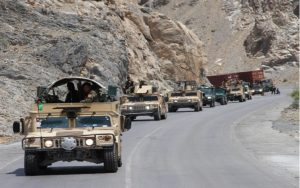 Hundreds of residents in the area were moved to safety, said Ferdaws Faramarz, spokesman for the Kabul police chief. He said security personnel were searching house to house should more attackers be hiding in the area.

At least 10 people were wounded and were taken to hospitals in the capital, Dastgir Nazari, Health Ministry spokesman, said.

The city’s Emergency Hospital said in a tweet it had so far received six people wounded in the first attack.

The attack in the heart of one of Kabul’s most secure areas came during an escalation in violence by the Taliban. Attacks have risen sharply since President Joe Biden announced US troops would leave by September even as the Taliban intensified its attacks on major cities.

“The centre of Kabul has what’s known as the ‘ring of steel’; there are also all sorts of checkpoints. There is a checkpoint near the scene of the explosion.” Bay said.

The United States said on Tuesday that the explosion bears the hallmarks of the Taliban and that one of Washington’s many concerns about Afghanistan was that it could spiral into civil war. 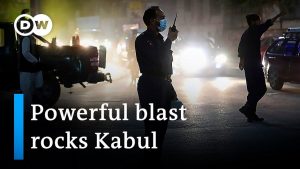 State Department spokesman Ned Price said if the Taliban seeks to contravene its engagement in peace talks in Doha, “They will be an international pariah … and the concern on the part of all of us, one of the main one of many concerns, is that the result will be civil war.”

The first blast came at a time when families and youth were gathering at local eateries and cafés. In one restaurant, patrons could be seen escaping through windows, leaving behind tables full of shishas, backgammon tables and uneaten food.

The main roads of the city’s commercial hub, Shahr-e-Naw, were full of vehicles as people tried to flee the area. Usually crowded, businesses were either abandoned or left with only a handful of patrons.

Minutes after the blast hundreds of civilians in Kabul, came out onto the streets and chanted “God is greatest” to express their support for Afghan government forces and opposition to the Taliban.

Bays said Defence Minister Mohammadi, the apparent target of the attack in Kabul on Tuesday, had only recently assumed his post and that he was a veteran commander and a former army chief of staff. 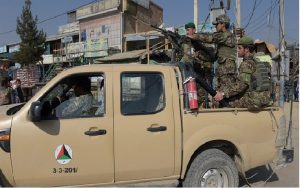 Clashes between Afghan forces and the Taliban have intensified across the country since early May, with the Taliban capitalising on the final stages of the withdrawal of the US-led foreign forces after almost 20 years in the country.

The Taliban has gained control over checkpoints, trading posts and infrastructure projects.

Afghan forces on Tuesday appealed to residents of the southern city of Lashkar Gah to leave their homes and stay away from areas where the Taliban were taking control, as they intend to launch operations against the group where its fighters were travelling freely.

The loss of Lashkar Gah would be a huge strategic defeat for the government, which has pledged to defend strategic centres after losing much of the rural parts to the Taliban in recent months.