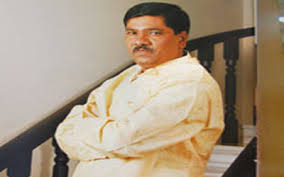 Potla to join Congress on Nov. 8

Khammam,  Former MLC Potla Nageshwara Rao has announced he would join the Congress party on November 8.

Speaking to the media here on Friday, Potla said he will join the Congress under the leadership of Congress Rajya Sabha member Renuka Chowdhary in the presence of AICC vice-president Rahul Gandhi at Delhi.

Potla was a senior leader in the TDP and worked as an MLC. Later, he joined the TRS along with Roads & Buildings Minister Thummala Nageshwara Rao. Potla was silent since few months and was contemplating to contest from Khammam Assembly constituency in 2019 elections and as part of it he was joining Congress party.