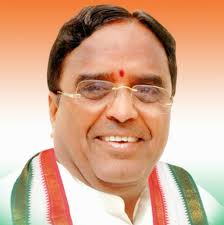 Ponnala lashes out at KCR functioning

Janagama,  Lashing out at the policies of TRS government, former Minister and Congress senior leader Ponnala Laxmaiah today alleged that the government was going for unwanted prestige while showing wrong figures and TRS government attitude was against the Constitution.

Speaking to the media here on Saturday, Ponnala said that the Chief Minister K Chandrasekhar Rao was escaping from the budget while throwing the responsibility on Finance Minister saying that Finance Minister has to own the responsibility of budget introduced in the Legislative Assembly. He alleged that KCR was fooling the tribals by saying that the government will develop the thandas. The TRS government, which handcuffed the tribal farmers in Khammam and harassed women, was fooling the tribals in the name of transforming thandas as panchayats. He alleged that KCR was doing all these things to grab power again in 2019 elections.