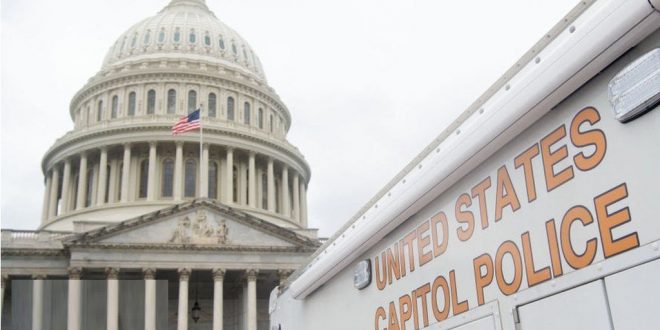 WASHINGTON: Police say they have detected “some threats of violence” ahead of a planned right-wing rally in Washington DC on Saturday.

Event organizers say it is aimed at supporting those arrested for taking part in the Capitol riots on 6 January.

Security has been tightened in Washington ahead of the rally, at which 700 people are expected. 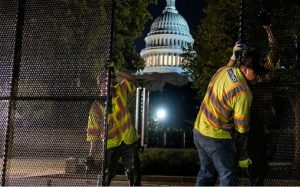 The event’s coordinator, a former Donald Trump campaign operative, has vowed the event will be peaceful.

For weeks, Capitol Hill and Washington DC police officials have expressed concern about the “Justice for J6” event.

At a news conference on Friday, US Capitol Police Chief Tom Manger said there had been “some threats of violence” associated with Saturday’s events, although he declined to comment on their credibility.

“What we do know is the chatter we heard before January 6, the threats turned out to be credible,” Manger said. “So we’re not taking any chances.”

Additionally, Manger said that police are particularly concerned about the possibility of clashes between attendees and nearby counter-protesters.

Ahead of the event, Washington DC’s police force announced it was mobilizing the entire police force.

On Friday, DC police chief Robert J Contee said that the force would be increasingly visible around the city during the rally, and would strictly enforce “no gun zones”. 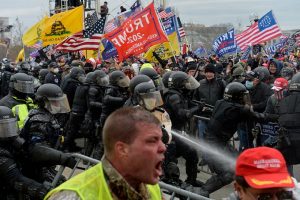 The Department of Defense has also approved the deployment of 100 National Guard soldiers to help safeguard the event alongside police.

A fence has also been erected around the Capitol, while lawmakers have been advised to avoid the area.

The event’s organizers – Look Ahead America – are led by Matt Braynard, the former director of data and strategy for Donald Trump’s successful 2016 campaign.

He has previously said that “a few bad actors” were responsible for the events of 6 January. Braynard and his group believe those arrested for their part in the riot are political prisoners.

Trump, for his part, said in an interview this week that he believes that Saturday’s rally will be “a setup”.

“If people don’t show up they’ll say ‘oh, it’s a lack of spirit’,” he told The Federalist, a conservative news outlet. “If people do show up, they’ll be harassed.” (Int’l Monitoring Desk)

Post Views: 112
2021-09-18
admin
Previous France recalls US and Australia envoys over submarine deal
Next Drone strike in Kabul was a tragic mistake: Pentagon