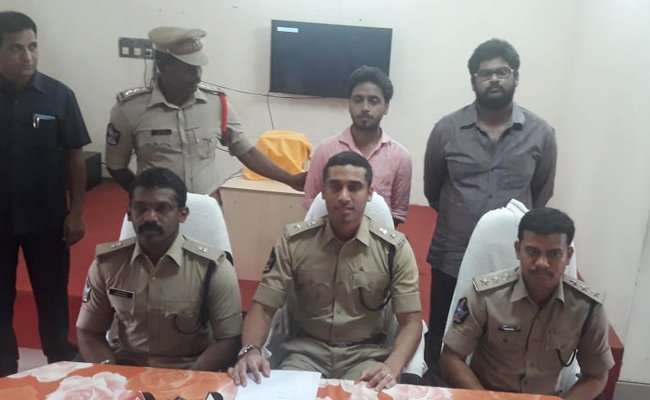 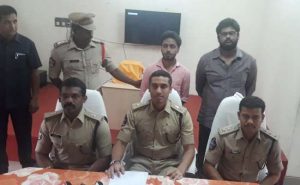 Hyderabad: In a surprising event, the police have arrested two persons who were claiming to be plotting to kill the University of Hyderabad vice chancellor Dr Podile Appa Rao. The two men were arrested at Pitchukulapadu Junction on Bhadrachalam – Cherla Road on Friday.
Revealing the details, police said, the arrested were Ankala Prudviraj (27), native of Krishna district and Chandan Kumar Mishra (28) of Kolkata. It is learnt that both had studied in the Hyderabad University and have become friends there. They were trying to take revenge for the suicide death of Rohit Vemula in 2013 by killing the vice chancellor Appa Rao.
Police arrested two persons who were claiming to be plotting to kill the University of Hyderabad VC
The duo were allegedly returning from Bastar forests, after meeting Yapa Narayana alias Haribhushan, the secretary of Telangana State Committee of CPI (Maoist). It is said they had planned to kill the VC under the guidance of Haribhushan. The police brought them in front of media on Saturday after interrogating them. But Virasam (Revolutionary writers association) said that the duo had been arrested a week ago and were being brought out today.
Reacting to the plot to kill him, VC Appa Rao said he hadn’t received any death threats till date. “I am not aware of the plot to kill me and who they are. The police too have never informed me about such thing. Presently, the university is peaceful,” he added.
2018-03-31
admin
Previous Ponnala lashes out at KCR functioning
Next CBSE Paper Leak: NSUI Accuses RSS-affiliated Organisations For The Leaks