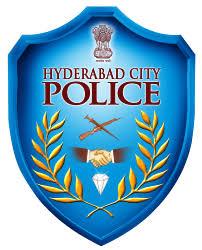 Hyderabad: The South Zone Police in an effort to check the growing menace of     child bride racket in the old city launched an all-out offensive on clandestinely operating contract marriage bureaus and brokers.

On credible information that some Arab Sheiks lodged in exclusive guest houses in the Old City were being contacted by some brokers and Qazis to fix contract marriages with young girls coming from poor families for some lucrative price, raided many of the so called Marriage Bureaus in Falaknuma, Chandrayangutta, Talabkatta and other localities.

During the raids on a house of a Qazi, the police seized documents pertaining to marriages being fixed or performed between aged Sheiks and young girls. The Qazi and three Omani nationals were arrested in the operation.

It might be mentioned here that the police a few days back had unearthed a major child bride racket flourishing in the Old City wherein under-aged girls coming poor minority families were being forced into contract marriages with aged and affluent Sheiks coming from various Arab nations. The police had also rescued 12 under-aged girls and arrested some persons.

It is reported that one of the main accused in the racket was an aged Qazi Rafiq, who was arrested in the raids last night, was absconding when the police had unearthed the racket a few days back. The Qazi who was in hiding was traced the police in surprise operations conducted last night in various localities in the old city.

As a matter of fact during the investigations the police reportedly discovered that there were about 72 Qazis who were allegedly involved in the racket. In fact one of the Qazi aged about 72 years had married a 15-year old girl and another had married as many as 10 under-aged girls in the past.