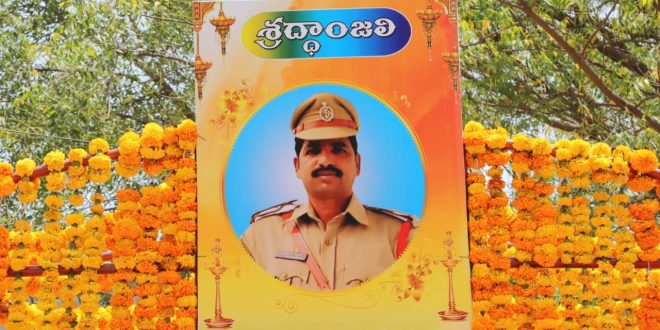 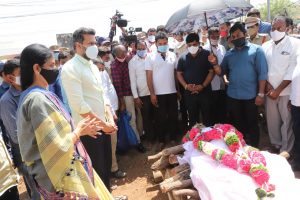 Hyderabad, March 31 (Press media of india-Najaf Ali Shoukat): Cyberabad Police Commissioner goes beyond a call of his duty and lauds the family of ASI Mahipal Reddy for donating his organs and saving the lives of eight people with those organs.

Minister for Education Sabhita Indra Reddy visited the bereaved family and paid her respect to the officer. Her son Karthik Reddy also paid his respect. 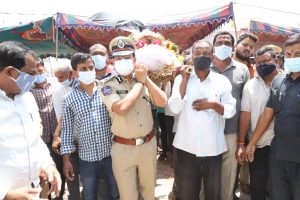 family of ASI Mahipal Reddy at Kismatpur Village, Bandlaguda Jagir of Ranga Reddy District. He visited along with other senior police officers of Cyberabad and Jeevandan Incharge Dr G. Swarnalatha. 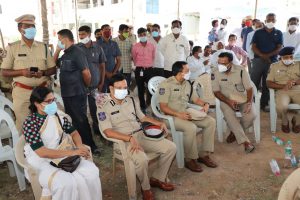 It was not just a mark of showing respect for the colleague who is no more but also reaching out to the deceased family in their hour of grief. It is an irreparable loss to the family. But it gives them a feeling that the entire police force was behind them, especially a commissioner level officer carrying the corpse.

The officer was given full police respect. Police gave a customary salute to the departed colleague with a police band and full honour bestowed on him. 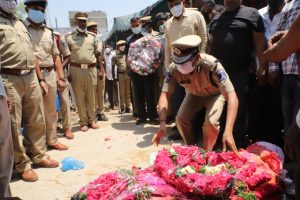 While on duty at the scene of the crime of an accident caused by a drunk car driver at Kolan Raghava Reddy gardens, Nizampet under KPHB PS limits, on the night of 27the March, the ASI, who was standing roadside was hit by a Uber cab driver who was driving recklessly at high speed resulting in severe injuries to the officer. He was immediately admitted to the hospital but could not be saved. Due to severe injuries to the head, he battled for life for three days and breathed last in the hospital yesterday.

Mahipal Reddy was declared brain dead by the hospital on March 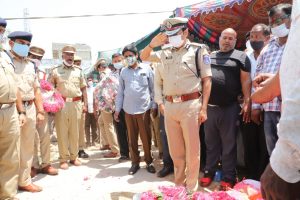 30th. His family members were magnanimous enough even in the grief struck times, thought of humanity and came forward and donated his organs and saved the lives of many people who are suffering from various organ diseases. (PMI)

Post Views: 131
2021-03-31
admin
Previous Pakistani makes history as first ever Muslim to become US Judge
Next 8 States reporting over 84 per cent surge in daily new cases of COVID-19, says Govt