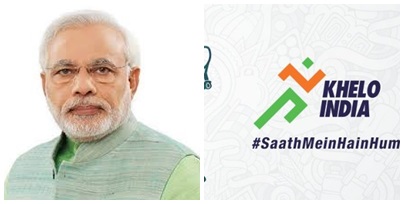 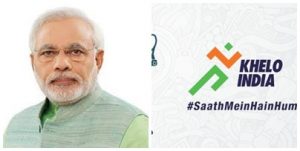 Prime Minister Narendra Modi will launch the first Khelo India School Games at Indira Gandhi Indoor Stadium in New Delhi today.
The games will continue until 8th of next month. Khelo India is expected to help scout young talent from the schools in various disciplines and groom them as future sports champions. AIR correspondent reports that the country’s brightest talent in the under-17 age group will compete in the Games.
The games will be held in 16 disciplines at five venues. The disciplines include Athletics, Badminton, Basketball, Boxing, Football, Hockey, Kabaddi, Shooting, Swimming, Weightlifting and Wrestling. The games will highlight India’s young sporting talent and showcase India’s sports potential. 199 gold medals, 199 silver medals and 275 bronze medals are at stake in these Games.
The Khelo India programme has been introduced to revive the sports culture in the country at the grass-roots level by building a strong framework for all sports played in the country.
Talented players identified in priority sports disciplines at various levels by a High-Powered Committee will be provided annual financial assistance of five lakh per annum for eight years.
The Government is planning to develop sports infrastructure in the universities so that they become Centre for excellence in Sports.
Sports Minister Col Rajyavardhan Rathore said Government will also develop sports infrastructure in one school each in 150 districts. He said, sports is state subject and the Centre is setting standards for states to follow.
Col Rathore expressed hope that Khelo India college games will be held next year. He said the Centre will bring a Sports Code which will ensure transparency. Col Rathore said, his Ministry has recommended to the Central Advisory Board of Education to include physical education as a subject in the school curriculum.
2018-01-31
admin
Previous Notification issued for Nagaland and Meghalaya Assembly elections
Next CM appoints SK Joshi as new CS