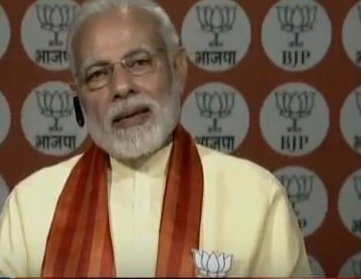 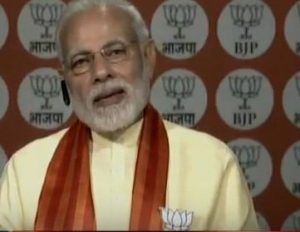 prime Minister Narendra Modi said, India is marching ahead from women development to women led development. He said, Government has given prominent portfolios to women and it has always been its effort to give equal opportunities to women. Mr Modi was interacting with office bearers and karyakartas of BJP Mahila Morcha in Karnataka through Narendra Modi App today.

The Prime Minister said that awareness about atrocities on women and sense of responsibility can eliminate social evils in the society. Mr Modi said, the government has recently made stringent amendments in laws relating to crimes against women and girl child, increasing the punishment up to death penalty in some cases.

Speaking about initiatives taken for women, the Prime Minister said, under the MUDRA Scheme, the government has distributed over 12 crore rupees loan and 70 per cent beneficiaries of the schemes are women. He said, the Government has increased maternity leave for women to 6 months. He said, Sukanya Samriddhi Yojana has been started and more than 19 thousand crore deposited under this scheme.

The Prime Minister said, his government stands solidly to support women at every stage whether they want to become homemaker, job seeker or job creator. He said, when the contribution of women in the country increases, the development of the country is ensured.

Mr. Modi said, rural sanitation has increased from 40 per cent to more than 80 per cent now. He said, under mission mode, separate toilets have been constructed for girls in government schools. He said, it has improved security and there is considerable decline in drop out of girls from school.

Mr. Modi said, many schemes were created for women’s empowerment earlier but their direction was not correct, however, after his government came to office, many new initiatives have been taken for the benefits of women.

Criticizing the Congress, Mr Modi said, if Congress does not spread lie, it will lose its relevance. He said, party workers should expose the hollow promises made by Congress party.