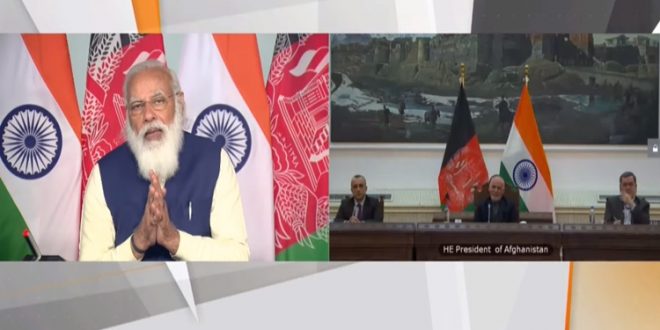 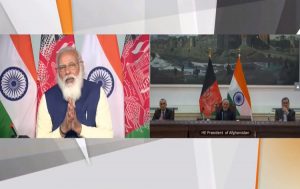 Prime Minister Narendra Modi and Afghan President Ashraf Ghani held a virtual summit today. Both the sides signed a Memorandum of Understanding on the construction of Shahtoot dam project. The MoU was signed by External Affairs Minister Dr. Jaishankar and Foreign Minister of Afghanistan Hanif Atmar. The dam will meet the safe drinking water needs of Kabul City, provide irrigation water to nearby areas and also provide electricity to the region. The project is a part of the New Development Partnership between India and Afghanistan.

This is the second major dam being built by India in Afghanistan, after the India- Afghanistan Friendship Dam, Salma Dam, which was inaugurated by the Prime Minister and the President in June 2016. Signing of the MoU on Shahtoot Dam is a reflection of India’s strong and long-term commitment towards the socio-economic development of Afghanistan and the enduring partnership between the two countries.

Speaking on the occasion, Prime Minister Narendra Modi highlighted the civilisational relationship between India and Afghanistan and gave an assurance of India’s continued support for a peaceful, united, stable, prosperous and inclusive Afghanistan. Mr Modi said, in the last two decades, India has been one of the most prominent partners in the development of Afghanistan. He said, the signing of MoU on Shahtoot Dam in Kabul is based on the strong friendship between the two countries.

The Prime Minister said that the several projects, for which India has assisted in Afghanistan, have helped in strengthening the friendship and brought the two countries closer. He assured all Afghanis that India will stand with them. Mr Modi said, no outside powers will be able to hinder our friendship or affect our growth.

The Prime Minister said, India has always supported the peace process that is led by the Afghan Government. He said, it is very important to unite the people of Afghanistan which will strengthen them in fighting any problem.