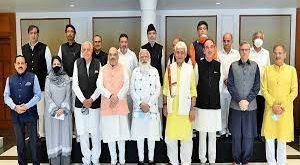 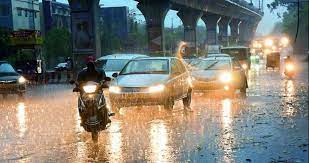 The Prime Minister, Shri Narendra Modi, today interacted with the players and officials of the Indian Women’s Cricket Team that recently participated in the Women’s Cricket World Cup.

Telling the players that they had not “lost”, the Prime Minister said that 125 crore Indians carried their defeat in the final, on their shoulders, and this was, in fact, their greatest victory.

Noting that India’s daughters have made the nation proud in many international sporting events, the Prime Minister said that the society is benefiting from the progress that women are making in various fields. Besides sports, he mentioned the school results of Class 10 and 12; and women space scientists who have played a key role in prestigious ISRO missions.
The players presented a signed cricket bat to the Prime Minister
Post Views: 0
2017-07-27
admin
Previous Nitish Kumar Is CM Again, Leaves Opposition Alliance In Tatters . GHAR Waps
Next 2 top Al Qaeda leaders killed in Afghanistan: official