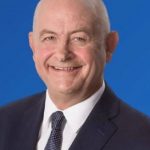 CANBERRA: A Liberal candidate will be disendorsed by the party over an online rant that attacked Muslims as people of “bad character” who were plotting to kill and enslave other Australians.

Jeremy Hearn, the Liberal candidate in the Labor-held Melbourne seat of Isaacs has apologised for the comments, in which he argued Muslims should be prevented from getting Australian citizenship because they were trying to replace Australia’s system of government with Islamic sharia law.

The remarks, made last year in the comments section of Quadrant magazine’s website and unearthed by the Herald Sun, have been rapidly condemned by Liberal Party figures who said the views have no place in their party.

After the comments were reported, Hearn apologised “unreservedly” and said the sentiments were “entirely wrong”.

Shadow attorney-general Mark Dreyfus, the member for Isaacs said the Liberal Party had to sack Hearn to prove it was “still something approaching a mainstream party”.

He congratulated the Liberals for moving to cancel the candidate’s endorsement but questioned why Hearn had been preselected after publicly expressing the “abhorrent Islamophobic views”.

Isaacs, in Melbourne’s south-east, is held by Dreyfus on a slim margin of 3 per cent.

Early voting for the election has already started and Hearn will remain on the ballot papers but he will no longer campaign with the resources and backing of the Liberal Party.

Goodenough has confirmed Erikson approached him and Hastie at the rally but said they were not aware of who he was. Mr Hastie has declined to answer questions about the incident.

On Wednesday, Dreyfus said Erikson was “someone else with repulsive, Islamophobic views” and a convicted criminal.