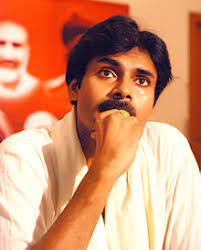 Guntur, June 26 (PMI): Jana Sena Party President K. Pawan Kalyan on Wednesday demanded the state government to pull down all the illegal buildings located across the state instead of stopping itself with the mere demolition of Praja vedika. He said that such a move by the state government would help it win the confidence of the people of the state.
The comments of the actor turned politician has assumed importance following the decision of the state government to demolish the Praja vedika which was built at a cost of Rs.8 crore. Meanwhile the actor has taken part in the first anniversary of dasavatara Venkateshwara swami at namboor mandal of Guntur District along with his party leaders and workers (PMI)

Post Views: 24
2019-06-26
admin
Previous KCR to lay  foundation for Secretariat, Assembly today
Next We will come to power in Telangana in 2023: ShivaRaj Singh