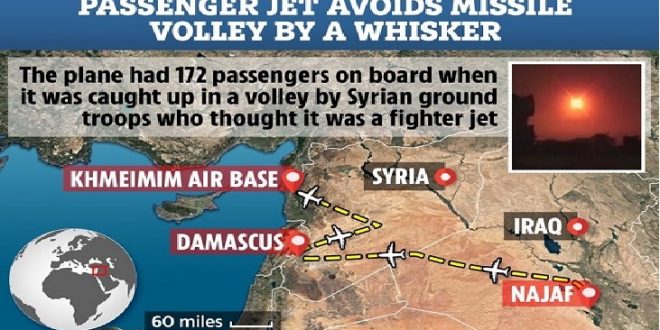 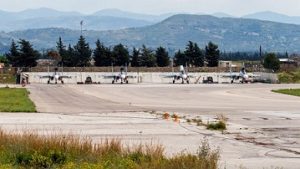 DAMASCUS/ MOSCOW: A passenger plane in Syria was forced to re-route after it was ‘almost hit’ by the country’s missile defence system, Russia’s Defence Ministry says.

According to a statement quoted by Russian media, the plane was about to land in Damascus when Syrian anti-aircraft fire responded to an alleged Israeli attack early on Thursday.

The Airbus 320 then diverted to the Russian airbase of Hmeimim in north-western Syria, the ministry said.

More than 172 people were on board.

Israel did not comment on Thursday’s strikes, but it has acknowledged carrying out hundreds of strikes in Syria in recent years against Iranian-linked targets and to thwart arms shipments via Syria to the pro-Iranian Hezbollah movement in Lebanon. 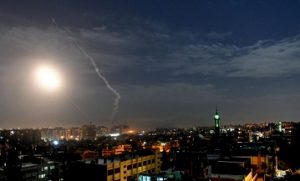 Israel says it will not allow Iran, its sworn enemy, to deepen its military presence in Syria, which Israel sees as an attempt by Iran and its proxies to surround it.

The identity of the flight involved is unclear. Russian state media said the flight was coming from the Iranian capital Tehran and some early reports suggested a Russian aircraft was involved.

However, a number of social media users pointed out that a flight belonging to Syria’s Cham Wings travelling from the Iraqi city of Najaf appeared to change its course from Damascus to Hmeimim in the early hours of Thursday morning.

The US Treasury sanctioned Cham Wings in December 2016 for allegedly transporting fighters and military equipment in support of Syrian President Bashar al-Assad. 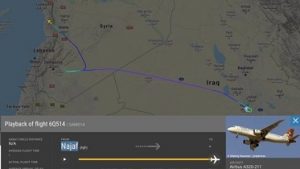 Iranian Gen Qassem Soleimani arrived in Iraq from Damascus on a Cham Wings flight shortly before he was killed in a US air strike last month, according to Reuters news agency.

Igor Konashenkov, an official Russian Defence Ministry spokesman, accused the Israeli military of “using the presence of civilian airliners as a shield against Syrian anti-aircraft fire” during air combat operations.

This, he said, made “a total mockery of the lives of hundreds of innocent civilians”.

Moscow is a key ally of the Syrian president. 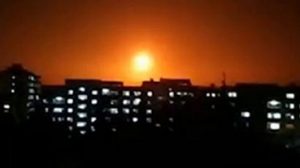 Russia’s claims comes a month after 176 people were killed when Iranian forces mistakenly shot down a Ukrainian aircraft shortly after it took off from Tehran, amid rising tensions with the US.

A UK-based monitor, the Syrian Observatory for Human Rights, said Thursday’s strikes had targeted positions belonging to the Syrian army and Iran-backed militias close to the capital Damascus, killing 23.

However, Syrian state news agency Sana said that eight people had been wounded in the strikes.

Iran and its proxies, including Hezbollah, are supporting forces loyal to President Bashar al-Assad in the country’s long-running civil war. (Int’l News Desk)