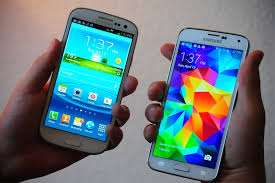 Hyderabad,  It is a matter of irony  that in spite of  repeated warnings from medial professionals on the adverse impact of continuous use of  electronic gadgets, particularly on children, people  are  not taking due care to control  the use  of cell phones, smart phones, ear phones, tabs and computers.  What is more disturbing is the parents allowing their children to use these electronic appliances for hours together, unmindful of the health hazards involved.
In the recent past, it has become almost a fashion for people of all ages,   including women and children, to stick to the cell phones, ear plugs and other gadgets, for long time,   while sitting at home or even while walking on the roads, listening to music, jokes, games and what not.
Research studies have revealed that the electromagnetic radiation  from cell phones and ear plugs will have 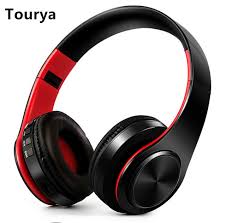 health hazards on the people, as it will have effects on brain, neutrons, enzyme system, etc.  Doctors at the Sarojini Devi Eye Hospital have stated that  there has been a sharp increase of patients coming to the Hospital in recent months,  and the reason is continuous use of electronic gadgets. The Doctors say that they eyes of  children in particular are affected by prolonged use of cell phones, tabs and computers, and  they are getting more than  100 such cases every month.  Negligence of the parents  is leading to eye problems among the children, they say and add that it is better to  restrict the children from using  smart phones, tabs and computers  for not more than 20 minutes at a stretch  They also say that even in case of adults,  after sitting before a computer for about 20 minutes, they should give two minutes rest to the eyes.
Similarly, Doctors at the Government ENT Hospital in the city  say that there has been an increase in patients coming with ear problems because of use of earphones.  In the earlier days,  out of a total of 100 patients that visited the Hospital, 30 to 40 percent complained of ear problems. But  now a days, the percentage has increased to 60 to 65, because of continued  use of earphones.  Of these patients, those in the age group of 30 to 40 years are more in number. They say that continuous use of earphones would have adverse effect on hearing capacity and also leads to reeling sensation, etc. .
Medical men say it is time people stopped the continuous  use of smart phones, computers, earphones, so that they can lead a happy life.  In particular, they are strongly advising the parents to see that their children are not used the electronic gadgets for long time and thus  face eye, ear, brain problems, leading to serious health hazards.